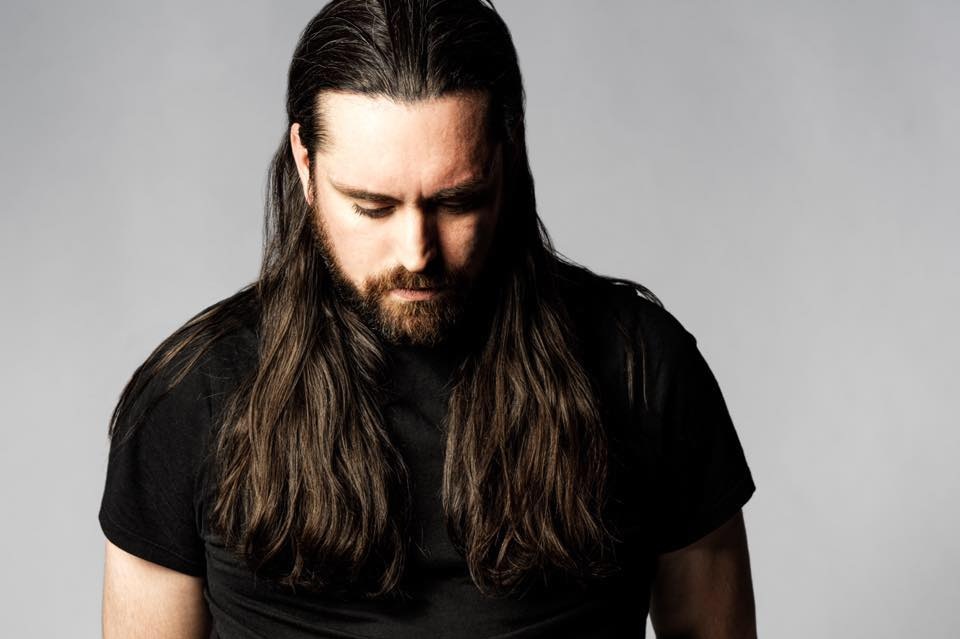 Currently putting in work, Steve Gerard is earning his recognition in the Chicago music industry. From his carefree attitude while spinning, to attending workshops to answer questions and talk shop. He attributes his success to the network of fellow DJ’s that hein the city. Steve’s recent unforgettable shows were Catch 22 presents: Twenty two hour nightlife experience featuring Claude Von Stroke, Gene Farris and many more local artists at The Mid’s final days. Also played B2B with Ron Carroll at the Chicago House Showcase at Prysm Nightclub featuring, Dustin Sheridan, Inphinty, Bill Basil, Bucky Fargo, Derek Specs, and Jai Sephora. A group of well unique individuals that always seem to be in sync til’ the very last beat. Gerard’s summer lineup only gets hotter from here. Three Lollapalooza aftershows, with Grammy nominee, Fisher (SOLD OUT), Medeon with Tombz, and Loud Luxury with Animale at his favorite venue, Soundbar. Check out his mixed and mastered tracks that will be released later this year, under labels: Ferris Wheel and Sweat It Out. Grab some Lolla aftershow tickets and watch him do this thing on those turntables.

I don’t know how to answer this. Mainly because if i’m not feeling inspired by anything in one genre at the moment, I can hop around and experiment with downtempo beats, trip hop, metal, dubstep, and even film scores. It’s all dependent how i’m feeling after the first hour or so sitting down in the studio and trial and error-ing hundreds of random ideas. In short, it depends what day you ask me. If I had to choose a primary genre, house & techno.

My main goal of being part of the Chicago scene is not to “make it out,” which seems to be all anyone tries to do here, when honestly, I’d rather maintain myself at the top of the totem pole here by releasing dope tunes when I can, and help young eager guys and girls who want to take the leap into this full time themselves not make critical mistakes in their development.  As the great Carl Craig said “It’s become un-pc for a DJ to have to pay his or her dues before becoming a star. All of the greats put their time in playing shitty bars to drunk fools and enjoying it because they could play music and have dreams of becoming a big time DJ. Now, there’s a couple of steps missing.” I’ve paid my dues and it’s time to pass the things I have learned and am still learning on to young kids who only see 1 side of the spectrum. If I can help 5 kids on their journey to become successful touring artists, and maintain respect and love for someone I believe in; that makes me feel better than playing 5 tours myself, waking up to the new Tesla I just bought, and making cookie cutter music the rest of my life. 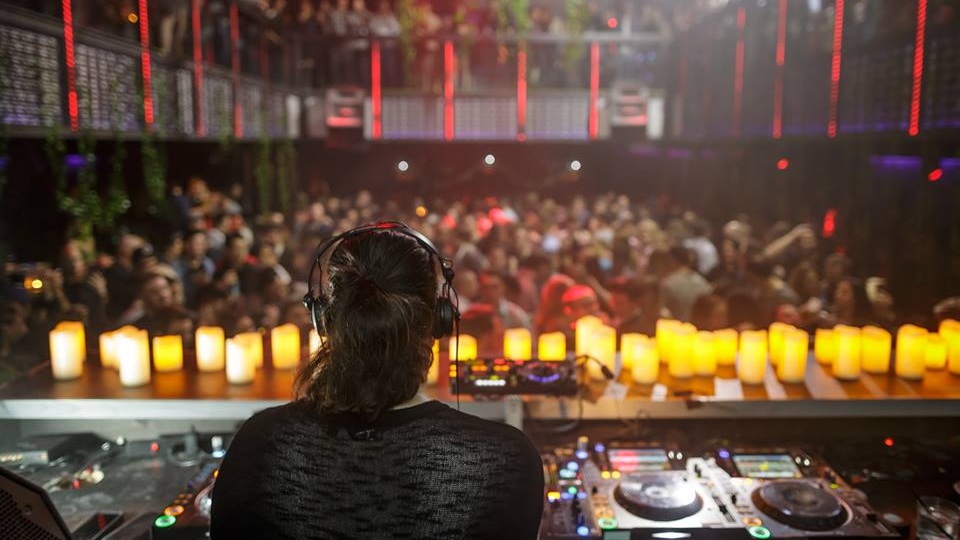 Oh man, across all genres, Al Green, Earth Wind & Fire, Nine Inch Nails, Meshuggah, Periphery, Veil of Maya, Born of Osiris, and Architects (who are my favorite band of the last couple years). When it comes to dance music, you really need to think about artists who think outside of the box otherwise you’re just replicating what thousands of artists have already done. Guys like Stimming, Oliver Dollar, Gene Farris, Green Velvet, HOSH, David August, Mr. Bill, etc are all people who draw influences from other styles and are able to incorporate them into intelligent creations that just happen to be in a 4×4 realm. Also before I die I want to record with Alanis Morisette. That’s bucket list for your boy.

What was the moment you wanted to take the leap in this lifestyle?

Well I have been DJing and (used to) throwing events for 13 years. I had my first official EP signed when I was 17 to Idiot House Records in Australia, and since then it was kinda off to the races. I have had a slew of other releases under about 4 different aliases and random projects. For a while I was doing weekly parties and such and after a while I took the leap to helping Lawrence and Haider run things at Sound-Bar in 2012 or 2013 right as Lawrence became the GM. I think my market experience and music experience with playing shows and staying active in the “scene” made me an asset to be able to do things like taking control of booking our own talent and it feels good to be able to see a business that’s been around that long be able to reinvent itself and coerce it along a new path. In the end, I think altogether it’s the challenges of doing business and music the correct/responsible way; not just the legal way, that helps you further yourself as an artist, talent buyer, promoter, manager, whatever. 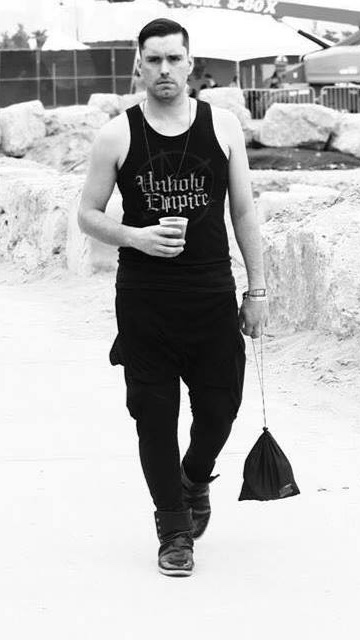 Omnisphere. I wouldn’t be able to write without it these days.

Emergency case of white claw in my trunk at all times.

I have never once prepared for any set, whether it be clubs, festivals, etc. Now I obviously check promos and such and keep music organized and have a slew of ideas/combinations that I know work, however it’s slapping the crowd in the face when you prepare a set in advance in any situation unless you’re working with modular gear in a live setting, then you have a skeleton to build off of. Pre-planned DJ tracklists? Miss me with that shit, you shouldn’t be playing gigs if you do that.

If it were recent albums, I would say either Architects – Holy Hell, or Bob Moses – Battle Lines.

I’ve got a lot of party stories but let’s talk off the record sometime lol.

Well fortunately, music is just my hobby. I in no way have the desire to make music my end-all-be-all. I am in love with music; obviously, otherwise I wouldn’t be involved, but I need to find balance. I have a full time job 5 days a week that I wake up and go to before going home showering, and then heading to my studio to write. Not having that security blanket of a steady income is a big no no for me. I would never be able to pursue music if all of my thoughts were occupied by thoughts of who’s balls I’m going to have to lick to pay my rent, you know? 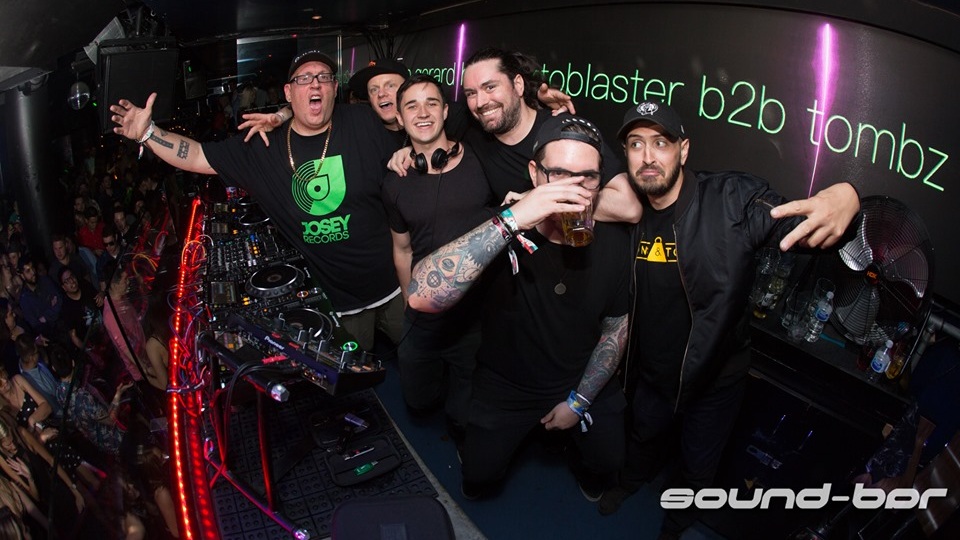 My home base; Sound-Bar. That sound system is Lawrence and I’s baby and I “get” that room. Not sure if that makes sense but Out of the 6 years I have been a resident there, I can count on 1 hand how many shows have been bad.. That says a lot.

That’s difficult but this year so far, probably B2B with Bentley Dean before Eric Prydz at Concord, or literally any festival weekend aftershow at Sound-Bar.

In the southwest suburbs of Chicago, but Vito & Nick’s pizza. The best pizza you’ll ever have. No Contest.

Don’t have one, they’re all proud. I know I haven’t reached my peak potential yet and i’m 13 years into this, but I am also in zero rush.

I have a few awesome tracks that are mixed and mastered already. I just shopped earlier today and a couple more that are mixed, signed, and waiting to be released on Gene Farris’ s label. Along with a couple new tunes I laid vocals down for with my Gettoblaster homie Paul Anthony. Just last week, I got to track my buddy Ronnie, the vocalist for Born of Osiris, for a track with Antiserum and Mantis. It’s going to murder dubstep kids faces when they finally hear it. I also have been working on a downtempo/triphop LP with Alfonso Mayen (Le Fonz/Glasslux/Hxlt) ever since he moved into the studio a few floors above mine. We’ve been good friends for almost a decade and happy we’re getting some projects completed. I collabed with Eyes Everywhere, and I recently got the news that it’s signed and coming out the end of year on label ‘Sweat It Out’, so be on the look out for that too! 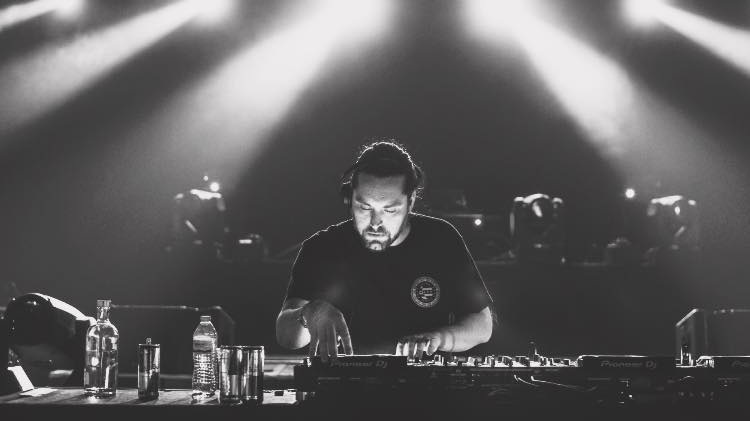