Matt Sherman, or better known as “Sherm”, is an LA born, Indiana raised and now Chicago local. Over the past 6 years, Sherm has been building up quite a name for himself DJing, producing, hosting a podcast, and curating events. With an extremely unique persona and world class DJ skills Sherm has earned spots at festivals like North Coast and Serenity Base Fest, clubs such as The MID, Underground and Tunnel, and has played massive events at the Shedd Aquarium and the Lincoln Park Zoo. His podcast, “Sherm In The Booth” just eclipsed 70 episodes and has featured over 50 different creatives who are interviewed on anything from their music, ideas, goals to just about anything else they are passionate about. Sherm also co-founded “The Lavender Group” – a lifestyle events collective that hosts events across Chicago – their only goal and motto is to “Curate Mint Experiences”. Make sure to keep up with Sherm on all social media @sherminthebooth – the future is bright for this guy.

Open Format – The term “open format” is loosely defined as a DJ that mixes across all genres. I love challenging myself with different types of sets, that’s where the magic really happens.

What artist influence you/do you look up to?

I’m extremely influenced by Chicago DJ/Producers like Gene Farris, Green Velvet and Lee Foss. I also love f*!$’n love Solardo. Some podcasters that influence me are Lewis Howes and Joe Rogan as well.

What was the moment you wanted to take the leap in this lifestyle? (artist/event/set/song/etc.)

The first electronic song I heard was Warp 1.9 by Aoki x Bloody Beetroots in 2010 – I’ll never forget how confused I was at what I was hearing but at the same time being overwhelmed with how it made me feel. It was like I was in the passenger seat of a race car. The actual leap into becoming a DJ happened after I got back from studying abroad in Barcelona in 2014 – I went to so many events where the DJ truly made the night. I wanted to combine my knowledge of different genres to give people a unique experience to people. 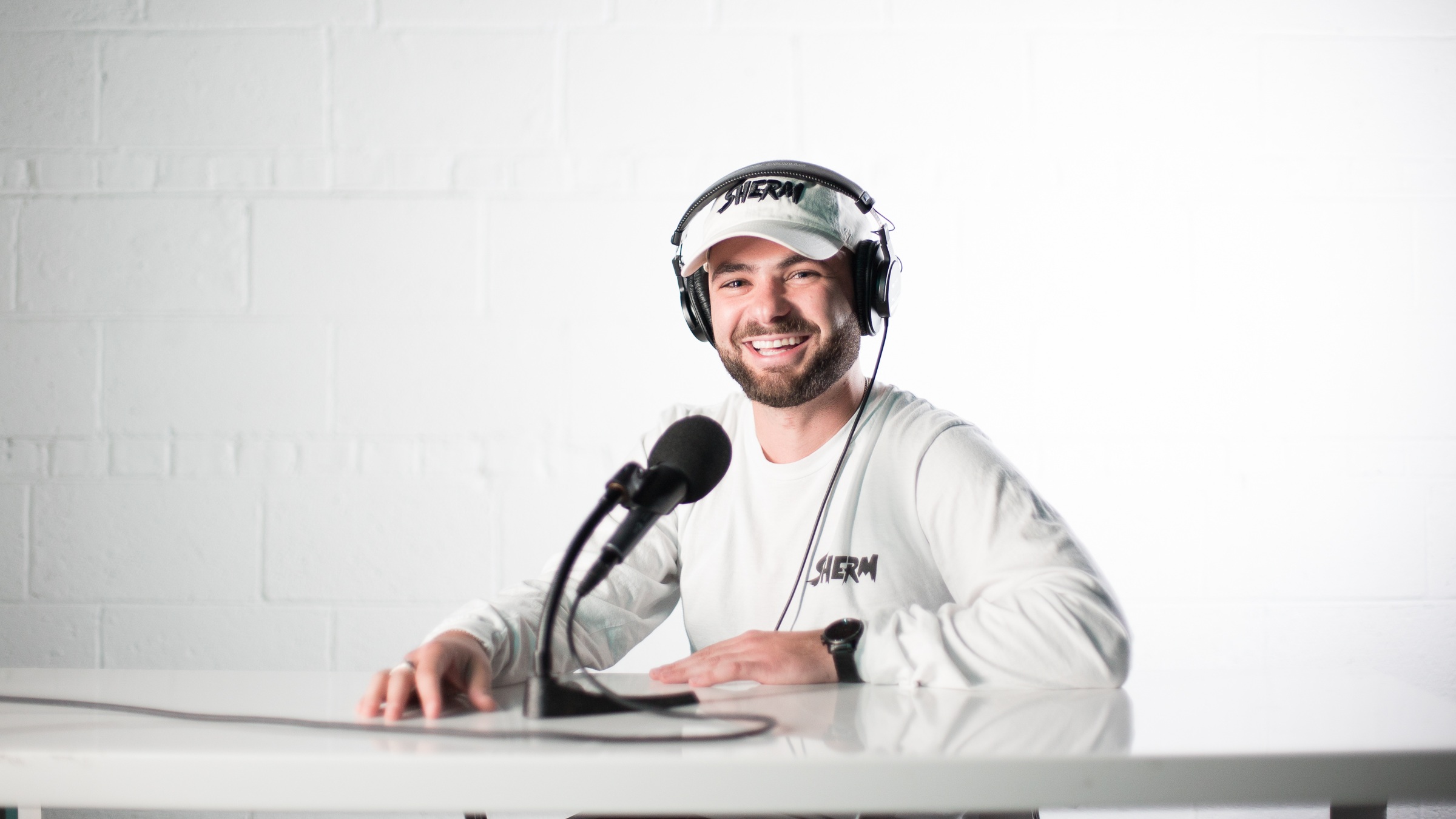 You have a podcast called “Sherm In The Booth” where you interview artist and have them spin live on the show! Tell us how this idea came about and is there anything we should look forward to?

In college I studied Telecommunications with a focus in Design + Production. I took tons of different classes that were very hands on and I learned a ton about the different types of mediums that anyone can have their voice heard on and how to actually do it. I love meeting new people and have always enjoyed hearing their story. Through DJing I have met so many amazing individuals/groups and I wanted to give them a platform to share their music, ideas, goals, and whatever else they are passionate about. I’ve interviewed over 50 guests so far and September will be the 3 year anniversary!

What is your proudest moment so far? (blogged/signed/etc.)

Hitting 50 episodes of my podcast was really special for me . The 50th episode was also my live set from North Coast Music Festival, totally unplanned timing wise so it only meant that much more. 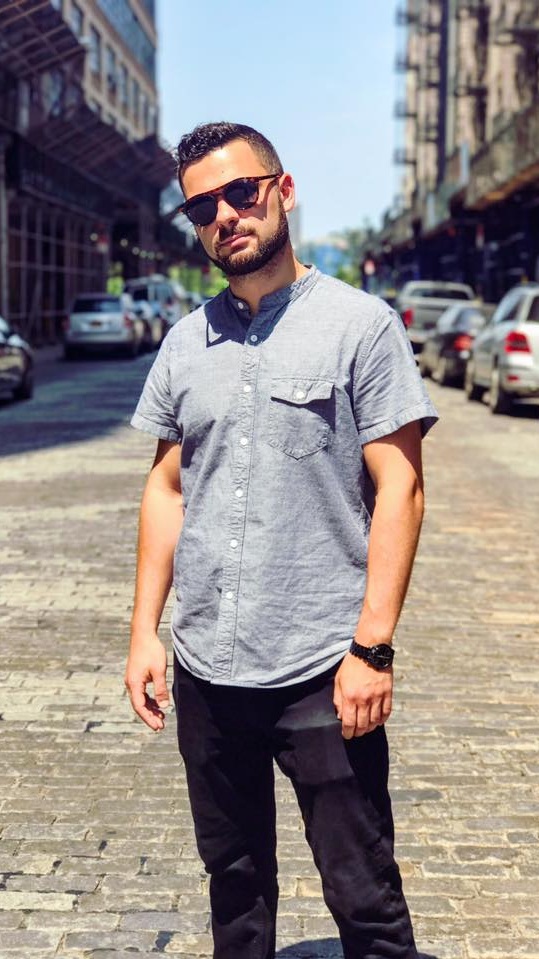 What are your top three tracks right now? Why?

The Thrill by Wiz Khalifa. This track means everything to me and takes me back to some of the best times of my life. I try to play it in every set. Motorcycle Patches by Travis Scott, Quavo. Track just bangs, I feel like I’m bout to just get into trouble when I put it on. Matado by Solardo. This track is a perfect representation of what I love most about house music.

What the craziest thing that’s happened to you while DJing?

Holy hell when I was in college someone threw a full Jimmy John’s sandwich from above on the stage and it went everywhere. Mayo all over the jog wheel. They didn’t even take a bite I was so confused for many reasons.

It’s all about the first track. I usually shoot from the hip but sometimes I’ll want to make sure I drop certain track so I will at least work from a playlist.

What are currently your main challenges as a Dj? What is it about DJing, compared to say producing your own music, that makes it interesting for you?

The biggest challenge is always trying to get better. I try to improve my craft learning from other DJ’s in person or studying live sets on Youtube. I also love to challenge myself and setup unplanned B2B sets with different types of DJ’s in Chicago on bigger stages(shoutout Nabss, Scheiny, Flynninho and so many more). I started DJing before producing and I’ve noticed that it has helped me a lot on both ends. By learning to DJ first I know what to look for in a track that I would play live(intro, outro, even phrases, toppers, etc). In turn I know what I would want to produce that would be seamless to mix in for not only myself to play but also other DJ’s.

I’ve gotten really into cooking the past year or so and would love to run a restaurant and be head chef! It would be called “Le Flem” and would have some insane options. 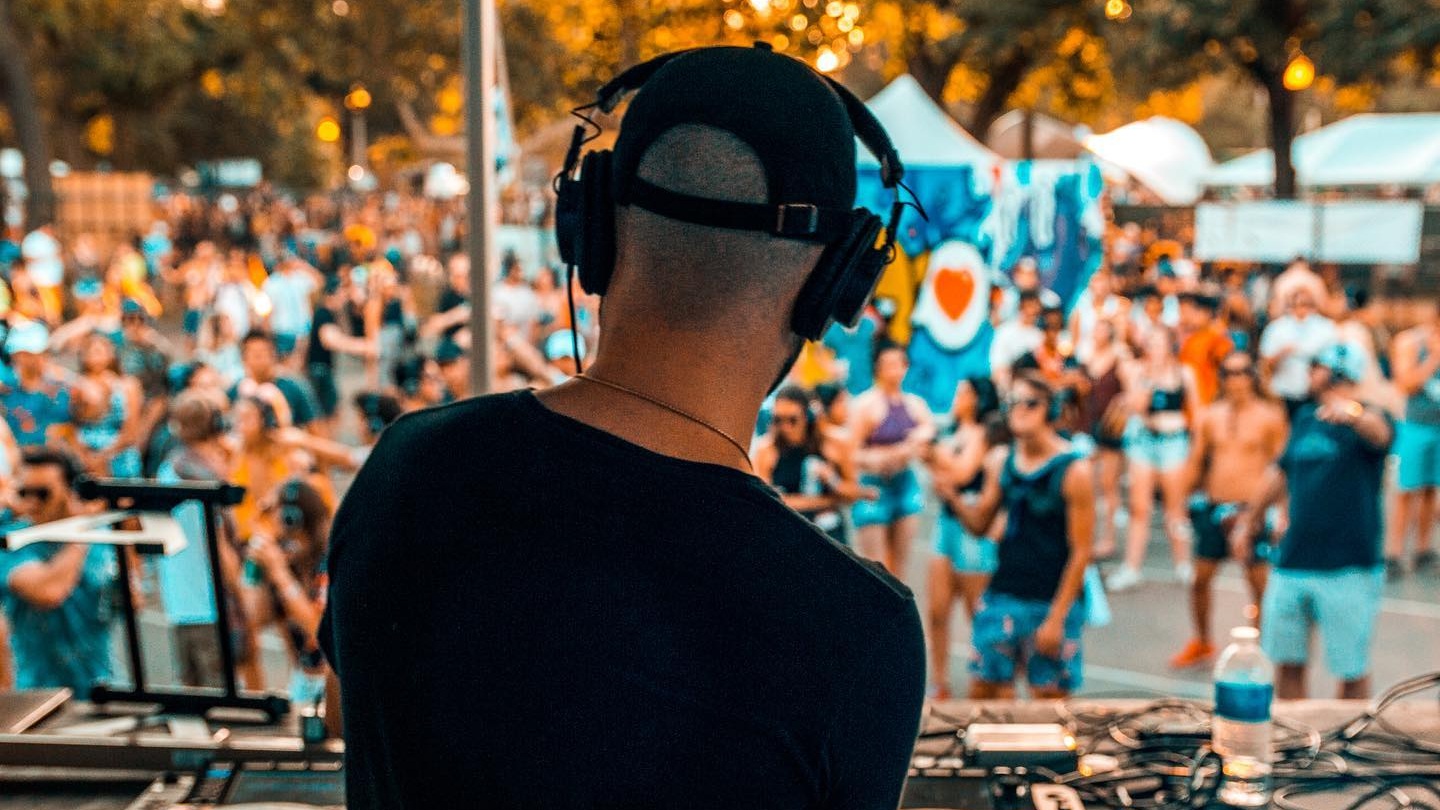 What’s your favorite Chicago Venue to play at? Why?

Formerly, The MID (R.I.P.) but I LOVE Cerise Rooftop at the Virgin Hotel. Very intimate.

I definitely have a lot of favorite shows but just recently I opened for Young Bombs at Wabash College and it was just a straight party. You darn college kids!

What’s your favorite thing about the city?

The change in seasons. It makes you appreciate different aspects of what Chicago has to offer and makes the holidays have more meaning. 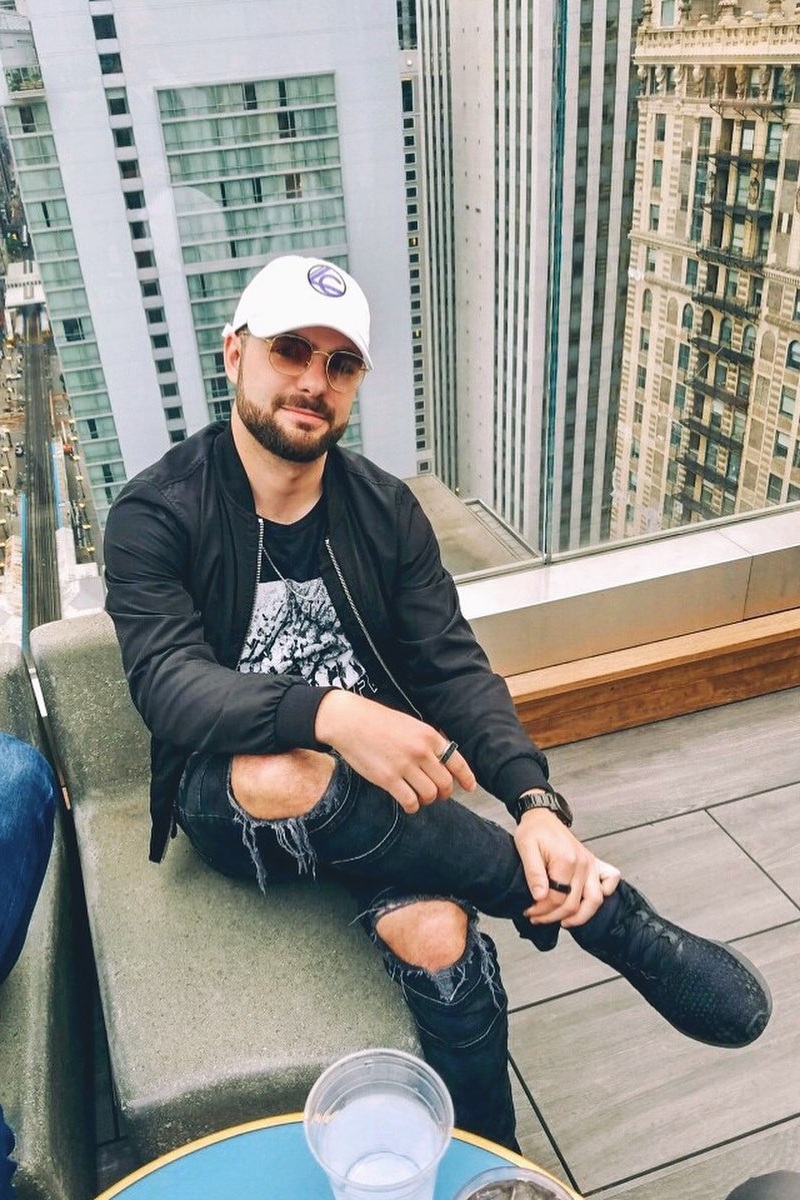 What’s your go-to store(s) to shop at?

I definitely get my Niketown on here and there but am a big fan of brands outside of Chicago like Youth Machine based in Los Angeles. I think I have 15 of their long sleeves

Cliché DJ answer but I ALWAYS have 2 USB’s on me. Had an experience years ago where there was no ethernet to link and I’ll never come unprepared like that again.

If you were stranded on a desert islands, what album would you have with you?

What is a quote or phase that you try to live by? Why?

You have to make mistakes to learn from them. I don’t want to look back, when I’m old and say I didn’t give it my best shot. We’ve got one life, it’s up to you to determine what legacy you’ll leave behind.

I started a Lifestyle Events Collective called “The Lavender Group” with my good friend Tony Ferrara. We have been hosting events since last September at Broken English, Underground, Cerise, Clutch and Sub 51. We have some big plans and it’s so much fun for Tony and I to book artists(local and worldwide names). Our only goal is “To Curate Mint Experiences”.

I refuse to compromise who I am for anything or anyone. I am happy every day because I truly feel comfortable just being me. It’s a long and beautiful life if you can find that person inside and live life to the fullest. Simply put, I’m just Sherm!

This is only the beginning for Sherm In The Booth and I want to thank everyone who has supported me, no matter how big or small. Trying to pursue a passion in the creative industry can have a lot of moments of self-doubt, but it’s comforting and inspiring to know there are people who do believe in you. Biggest shout out to my girlfriend Maya, my brother Ben, and my mom Leslie and dad Stuart! 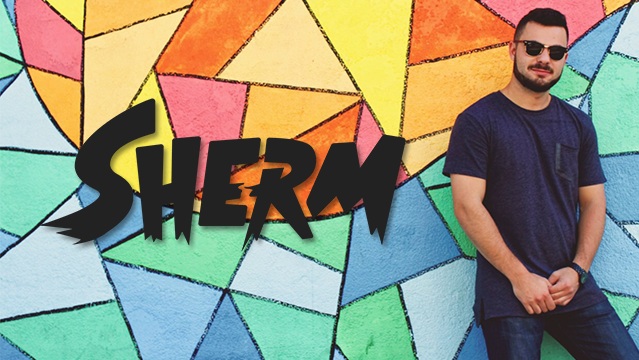 Listen to Sherm in The Booth’s latest episode HERE