With roots as a longtime participant in Chicago’s electronic music scene, RJ Pickens is now helping shape the future of the Windy City’s dance music. With over 20 years of DJ experience and tirelessly pursuing the perfect mix of deep, progressive, tech-house, and house sounds, he rocks rooms ranging from intimate to large, and can go from being the supporting act of choice of a spectrum of notable global headliners (such as Eric Prydz, Kölsch, Hernan Cattaneo, Joris Voorn, Paul Van Dyk, Nick Warren, or Jody Wisternoff – to name but a small few out of many) to being the headliner himself. The popularity of his FloorControl radio show and podcast continues to grow every month, while his thought-provoking edits, remixes, and productions are beginning to make some waves in the dance music world.  Also, with years of experience in nightlife marketing & promotions, event production, talent buying and music curation, RJ launched own nightlife event brand and record label – VESTED – aimed at producing and supporting forward-thinking electronic music events and music releases, and further shaping the US scene. Tune-in to what RJ’s got going on. You won’t be disappointed.

There’s a bit of spectrum to my sound, as I fuse deep house, house, tech, progressive house, melodic techno and tech house sounds, but the common thread to all that I do is the deep and driving low-end + carefully-garnished melodic elements that proper progressive house has always been known for.  Why?  Because there’s always a unique setting / crowd / vibe, and as a selector, it’s you’re job to play custom to that moment…  And because “driving” at just one fixed speed is boring.

Fortunately, there’s always something happening with me that I’m excited about!  A snapshot of cool happenings at the moment include upcoming DJ gigs I’m playing with ARTBAT or Jody Wisternoff, a pair of Vested summer boat parties I’m both playing on and producing (one with my friends at Paradigm Presents, and another with friends at GLC), and a couple of really dope releases I have in the pipeline for Vested Recordings.  It’s a small hive of activity over my way.  🙂 . 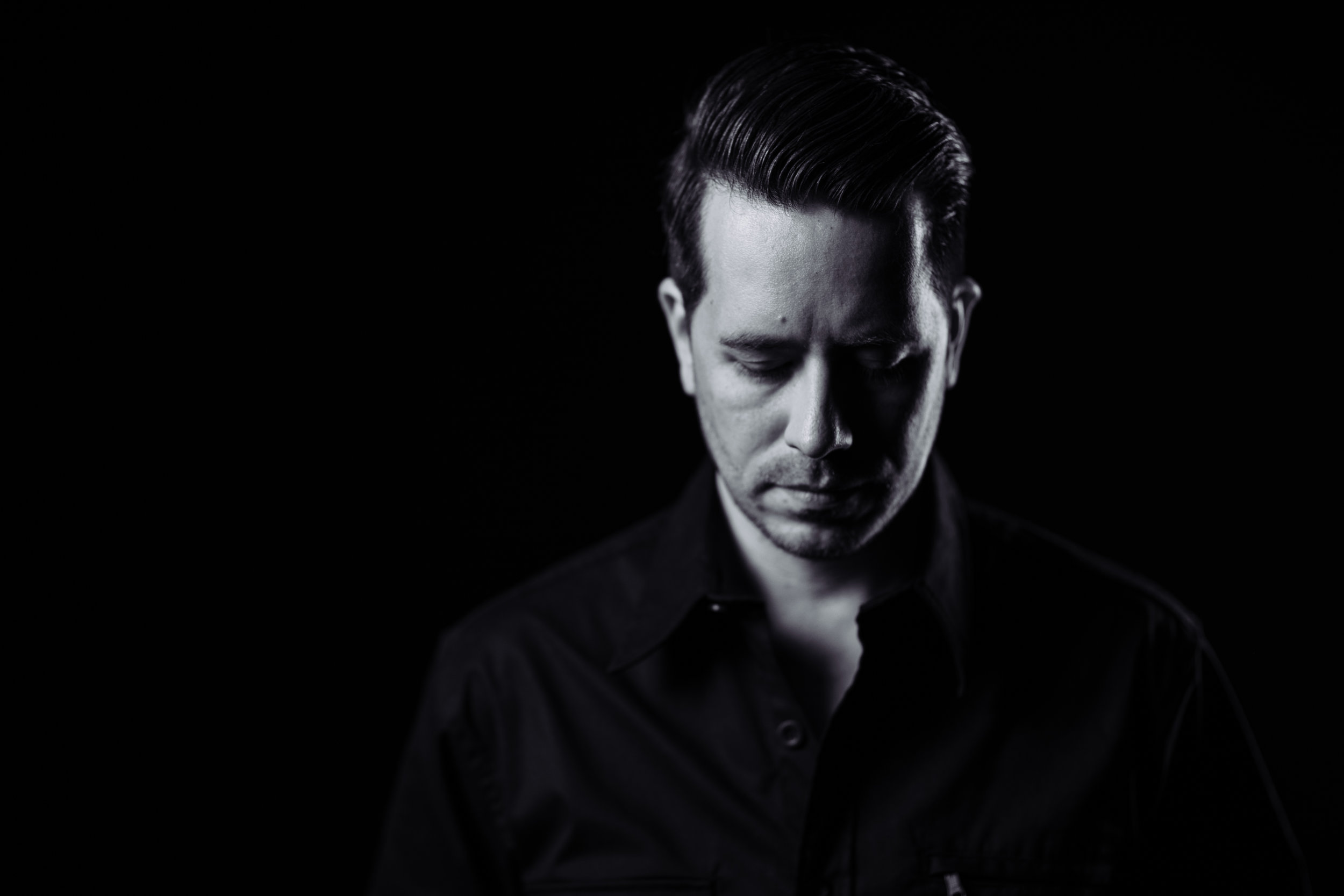 I’m fortunate to have crossed paths and befriended so many of the artists that I consider influences or look up to over all these years, and I could probably make a lengthy comprehensive list.  However, a handful of artists that are currently doing some of the coolest work that I really admire (from both an artist AND label manager standpoint) are artists like Eelke Kleijn, Jeremy Olander, Kölsch, Joris Voorn, or the Hungry Music collective (Worakls, N’to, and Joachim Pastor).  These guys are all blazing their own trails, and I have a ton of respect for all the work they’re doing.  Man, I could really list so many more people here, but I’ll leave it to these few for the sake of keeping things sort of brief.

I’m proud of a lot of things — it’s hard to pick just one.  Over the years, you grow from a series of smaller successes, which goes on to continue building your platform and foundation as an artist.  Earlier on in my years, I would have said that it was playing on big shows with artists who were/are personal heroes of mine.  Nowadays, I’d say that I’m most proud of my decision to launch VESTED — my label and event brand.  This banner is kind of like a child of mine — it’s truly a reflection of me, and it’s my avenue to best share what I believe in (musically) with the world.

This is really hard to answer, as I’ve played a lot of shows that are special to me.  One event stands out to me because of a feeling it left tattooed on my soul, though.  It was the spring of 2006 and I played an illegal afterhours event in downtown Chicago, on Wabash St, on the 6th floor of a building in Jeweler’s Row.  I ended up playing a peaktime slot at this party at around 5-630am, and I was “in the pocket”, as they say — when everything was firing on all cylinders.  I managed to weave together quite a lovely tapestry of sounds, where at one point, the wooden floors were literally moving from the weight of everyone jumping up and down on them.  I remembered being scared about the floor giving out — I knew the floor wasn’t designed to move and bend like that, but people were in the zone and there was nothing stopping that party.  I also remember walking out of that still-raging party at around 830am feeling thankful that we likely avoided disaster, only to also notice that WAY more police officers than normal were walking around on the street at that very moment.  I came to realize that they weren’t wearing normal uniforms though…  They were wearing dress uniforms, and they were all headed one block east to Grant Park, where the spring class of 2006 police academy graduates were going to be honored in their graduation ceremony.  And here we were, rocking an obnoxiously rowdy party right under the whole police deptartment’s noses, just one block away.  The whole things just feels poetic, even still today.  LOL  Wow — and I still have no idea how we got away with that one. 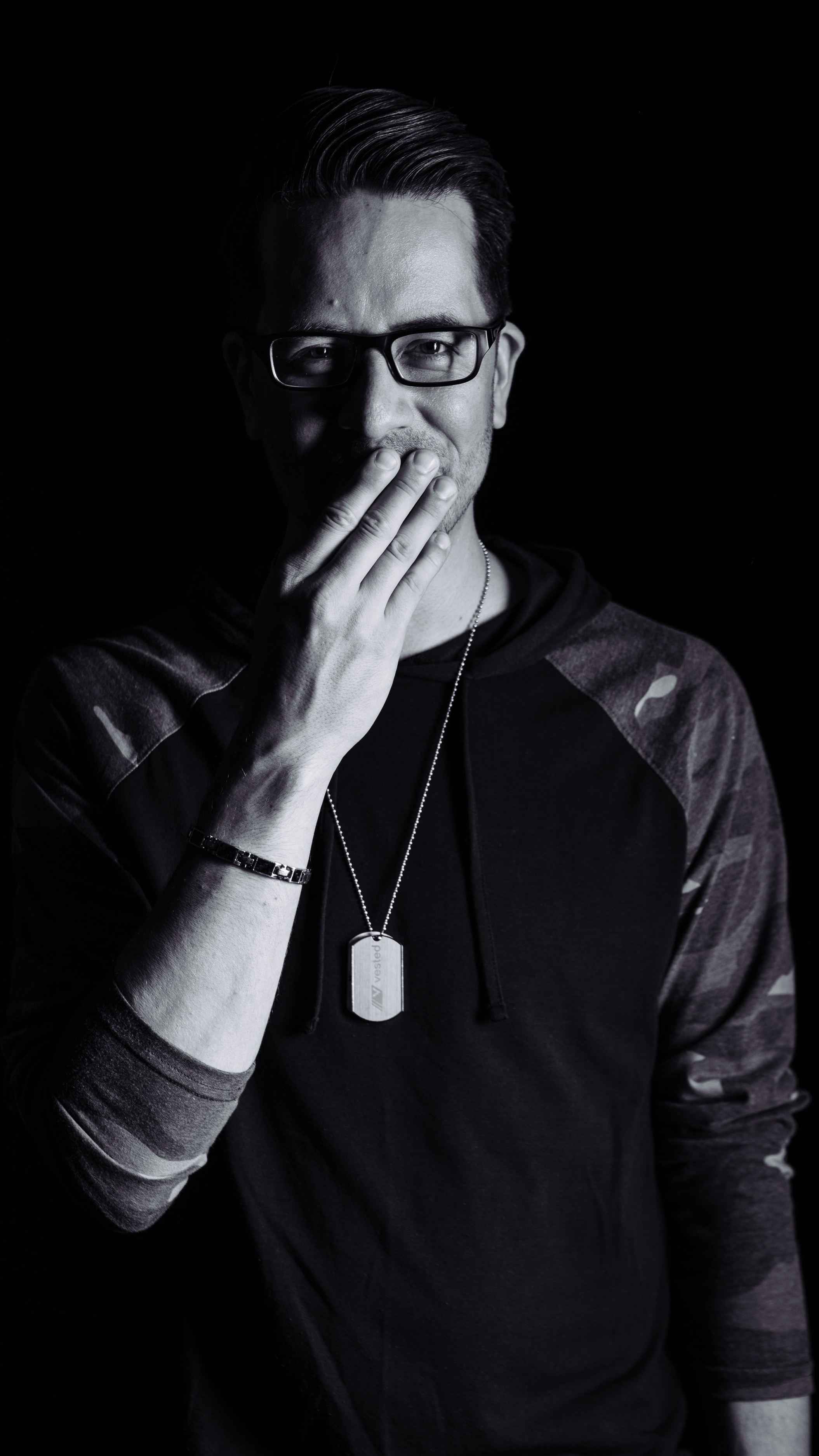 I love the Native Instruments suite of products.  That company makes some amazing stuff!

I love wearing hats and I wear a hat damn near everyday.  It’s pretty rare that I leave the house without one, now that I’m forced to think about it!

Those long days and nights catch up with you after a while.  You’re more resilient to it when you’re younger, but as you get older, it becomes more and more important to get enough rest / sleep and to be mindful of what you’re putting into your body — food / nutrients / substances / toxins / etc.  —  You get out what you put in, and in order to be in it for the long game, you have to take care of yourself.

I’d find a way to incorporate more travel and snowboarding into my life.

Why are you excited to be a part of Serenity Base Fest?

It’s fundamentally different from the vast majority of other events that I’ve played.  It’s got a focus on a more mindful experience, and I welcome the opportunity to connect with people at this event in other ways than drinking booze. 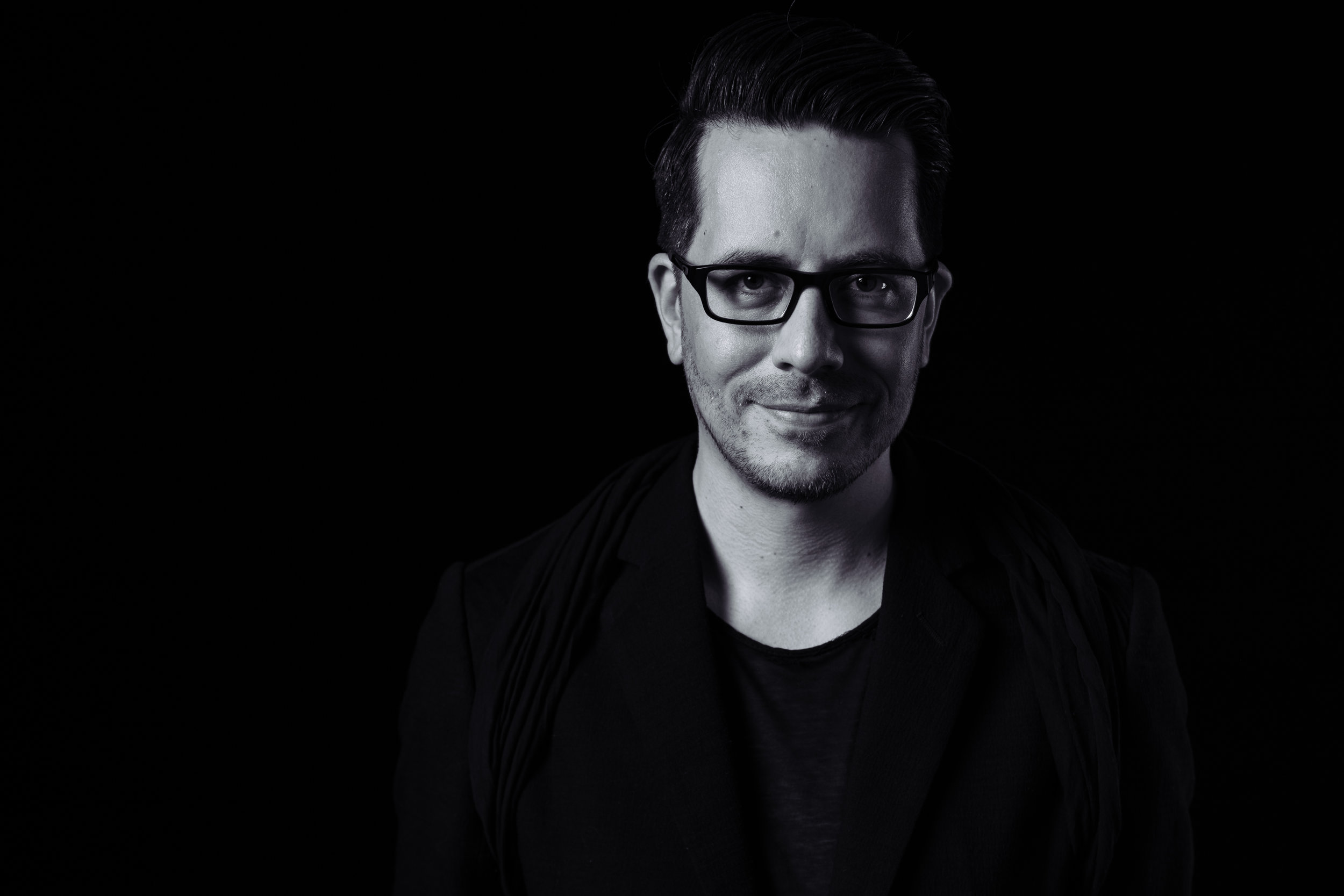 There’s a relatively new Netlix original series called “Drive To Survive”, and it’s a really well-produced documentary series that gives you a really candid look at what happens behind the scenes in the world of Formula 1 racing.  The level of competition involved is absolutely insane, and I was hooked from the first episode.  I binged 12 episodes in about 2 days, and now wish I could clone myself and drive race cars.

When’s the last time you’ve gone out of your way to help someone?

Not long ago, to be honest.  People have helped me in ways that I’ll be forever grateful for, and I try to always make efforts to pay it forward to others, whether they might realize that I’m helping them or not.  It’s just a good way to live — and when you give for the sake of giving, it always comes back to you in other ways.

Lots of weird and unexpected stuff has happened over the years, but the most recent interesting story that comes to mind didn’t actually happen while I was DJing, but more-so on the day of the show.  This past fall, I played a supporting set for Joris Voorn on his Chicago stop on the Spectrum North America tour.  I was asked to play on the show about 30 minutes after I had a really painful and unfortunate accident where my hand got slammed in a REALLY heavy car door.  I don’t think I have ever experienced sudden onset pain in a hand or foot before that point, and I managed to have the car door latch shut on my hand.  My right index finger took the brunt of that punishment, and I’m right-handed, which made things worse.  In a true scenario of “commit now and figure it out later”, I accepted the booking / challenge, as this show was frankly a “badge of honor” type of show to play, and I knew I’d regret it if I passed on doing it.  I played the show to the best of my ability (using mostly my left hand), and managed to receive a few kind words from Joris on my set, too.  Looking back on it, on one hand, I was a little nuts to have gone through with the show because I hurt myself pretty bad, but on the other hand, I’m proud of the perseverance I showed myself that day and I’m actually pretty glad that I went through with it. 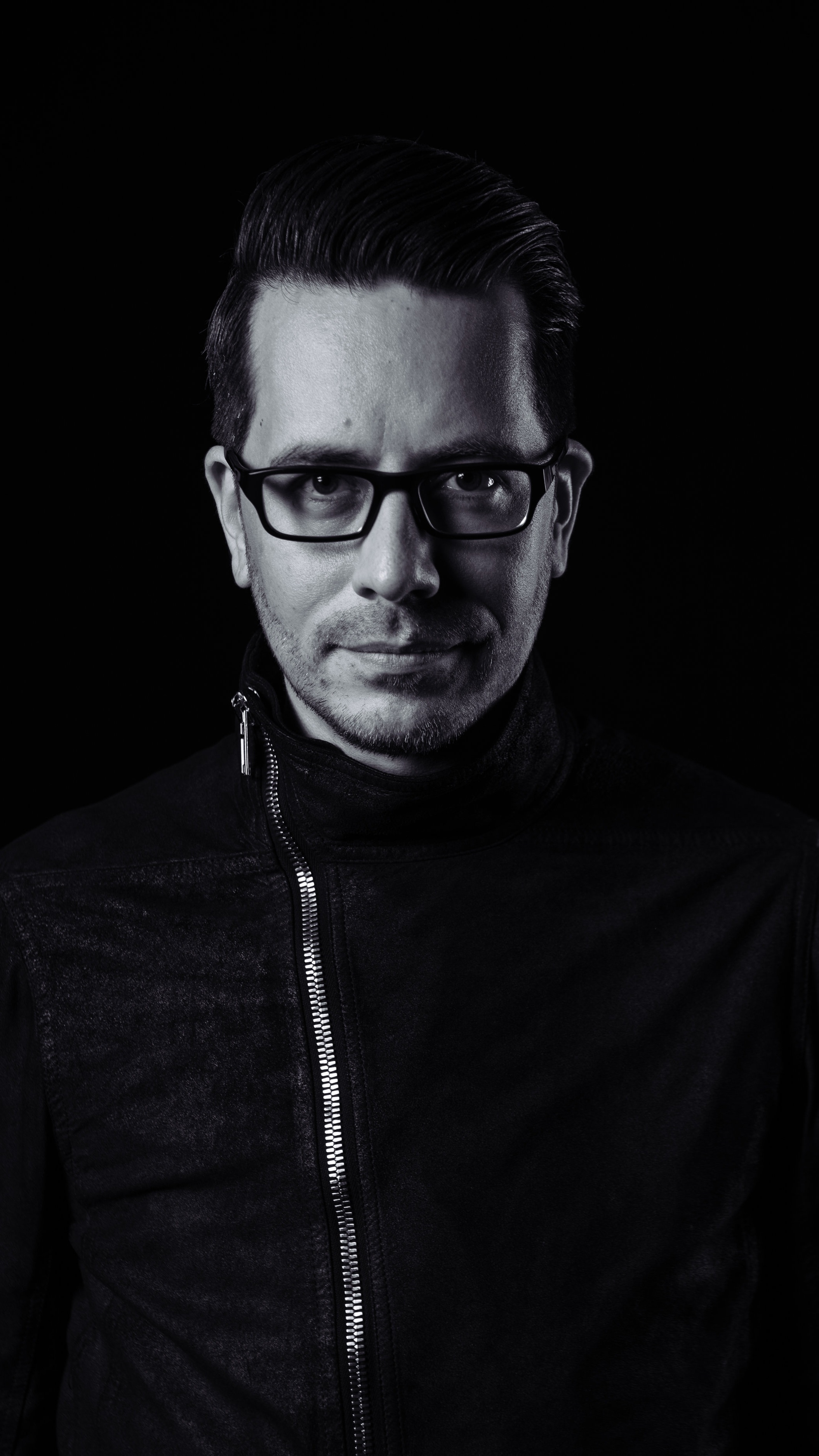 How do you practice mindfulness?

With each decision each day.  When you start thinking more about the outcomes and consequences (both positive and negative) from decisions you make each day, you start making more informed and mindful decisions.  Your decisions (both big and small) affect more than just you.  I’m far from perfect, but I strive to be mindful.

Do you practice yoga or meditation?

I do practice and enjoy both, but regretfully neither as often as I should, nor with any real regularity.

“Quality over quantity.”  I believe that offering the best you can of something at more selective intervals gives others greater perceived value in what you do, no matter what it is.

I’m grateful to be on the road that I’m on.

RJ Pickens will be performing this year at Serenity Base Fest!