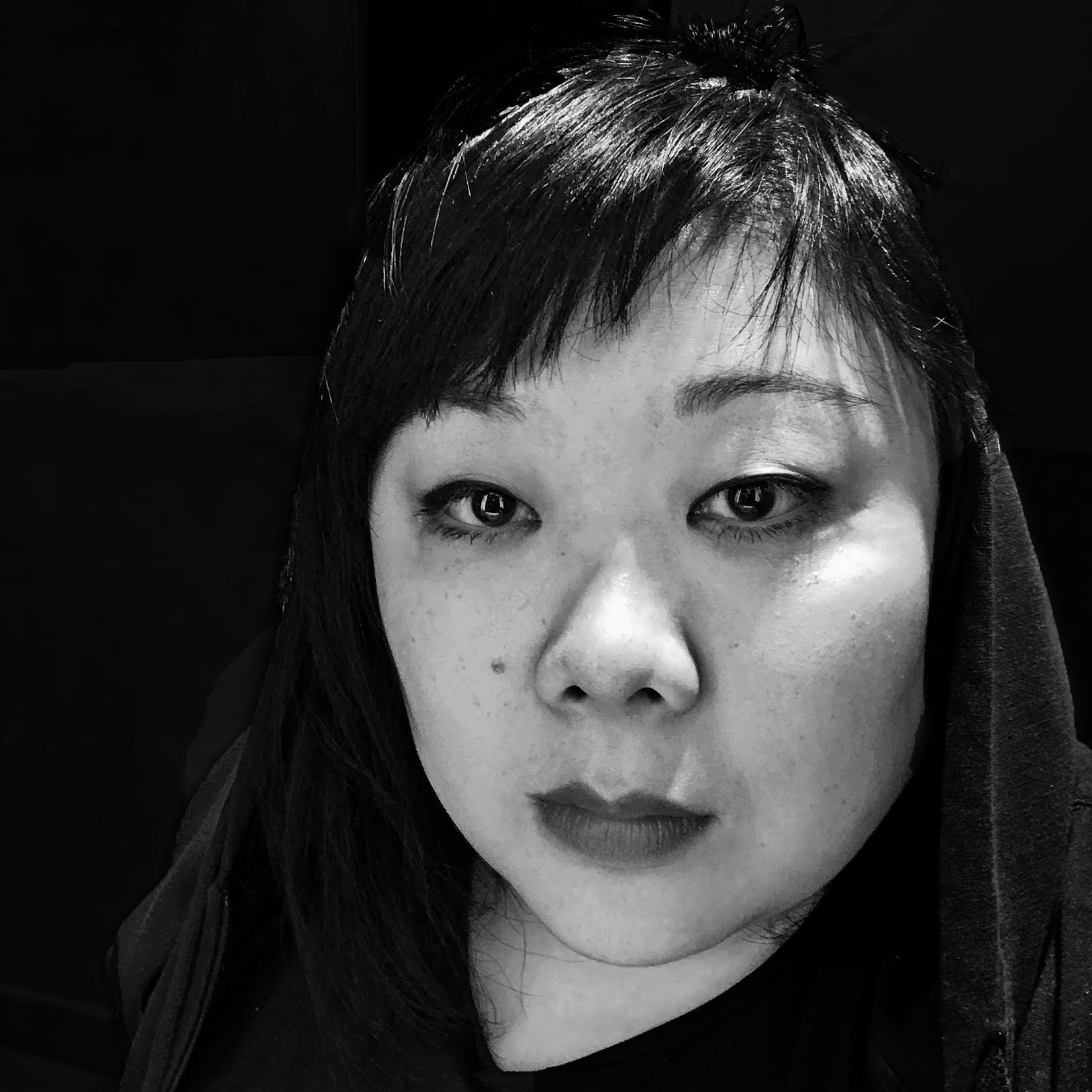 Equally enthralled by the beat and the machines generating them, her sound is an homage to every circuit, resistor, patch cord and application that brings voice and inspiration to her work. Her gothic and industrial roots are evident in her music, as well as her punk rock DIY drive. Taking inspiration from classic science fiction and dark anime, Hiroko’s studio can often be confused for a booth at a comic convention. Currently calling labels such as Trax Records, Impact Mechanics, Detroit Sampled and Afro Acid as home, she just recently returned from a long hiatus from music. As a Midwest rave staple, Hiroko has toured the globe spreading the sounds of Chicago including gigs at the famed Detroit Movement Festival as well as regular European and Asian shows. Currently calling clubs Spybar and Soundbar home, Hiroko actively contributes jacking Chicago techno with an edge all its own, along with her like-minded colleagues and collaborators including Heartthrob, Seth Troxler, Hyperactive, Angel Alanis, Kate Simko and the Submerge. Throughout it all, Yamamura cuts bubbling synths with percussion that shocks like static electricity—these dark streaks both color her music and give her tracks an adrenalized boost.

How would you describe yourself and your background?

I’m quite a shy antisocial nerd that spends most of my free-time making music, playing video games and crying to memes. I enjoy a vast array of music, but I veer mostly towards old shoe-gaze, industrial and goth music. I love techno, anime and ramen.

What are your main music styles and influences as a DJ?

I’m more a less a product of the second wave of the rave scene in Chicago. I had the pleasure of attending events where a variety of music was played and today’s legends got their start. Before the rave/party scene, I was pretty much your typical weird goth kid, and grew up on a variety of techno-pop and of course, Chicago’s legendary Wax Trax label. My guitar teacher in junior high (William Tucker RIP) was in some amazing bands, and introduced and helped shape my musical taste. I currently play techno and house music, as well as everything in between. Chicago is one of those cities that has always blurred genres and I’ve always looked up to artists that played good music, and haven’t adhered to Beatport marketing labels to sell their sound.

What obstacles have you had to overcome as an artist?

I have to admit that I’ve had it easier than most, in the way that many idols and friends have encouraged me and always pushed me in ways I could never push myself. If anything, the perception that artists don’t have a grind at every level is sometimes disheartening. I took a long break from music, and being older, coming back into a developed scene can always be difficult as you no longer have the benefit of being a newcomer and losing some of the collective memory of your craft. That being said, the challenges of being a DJ and producer are nothing compared to challenges most people face on a daily basis, so it’s a hard thing to complain about. Being lucky enough to become friends with people that make time for you in their lives can change everything. 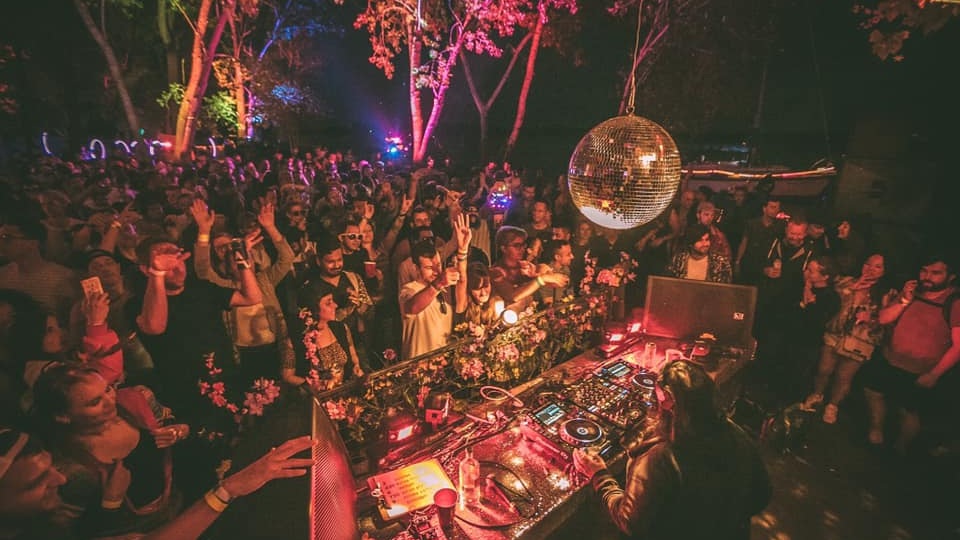 How has the industry evolved since you first started until now?

At this point, the industry and music has become a profitable business model, so of course companies and big money interest has become a fixture here. That being said, some of those companies actually have hired some cool people, and are doing cool shows. Are they in my wheelhouse? Probably not, but are they the big bad? No. People are always looking for a reason to blame their inadequacies on something, and large promotion corporations are a large target to point your finger at, and it’s exacerbated by social media. With so many amazing electronic artists out there, having any success or eyes on your project is s huge achievement. However, there seems to be a credit culture online, where people think that… if I make this track, and I used DJ at this thing in the 90’s, and I have this cool piece of gear, that they are owed a gig… by someone they’ve never even met. Concert and club goers are going to see, pay for and demand the acts they want to see. If you think that they don’t know any better, and that you are going to change their mind about what artists they should like, you are basically telling the crowd and promoter that they are idiots.

What was the moment you wanted to take the leap in this lifestyle?

From go, I’ve been involved in music and the arts, I guess the moment I thought about performing and producing professionally was really when a few friends just said, “hey you should do this outside of your bedroom.” Like anything, if you enjoy something you’re gonna do it anyways, why not share it with other people, and enjoy moments together. Going out and DJing regularly has helped me a lot with my social anxiety and shyness, and I’m happy to say I’ve made some great friends along the way.

I’m happy if one person likes a DJ set or song I’ve done. I guess my proudest moments are around working with other artists and sharing some technical or creative moments that have genuinely made them happy or helped in some ways. I’ve done a few city projects training some of Chicago’s coolest kids music production, and seeing some of them do something with that knowledge is a really cool feeling. 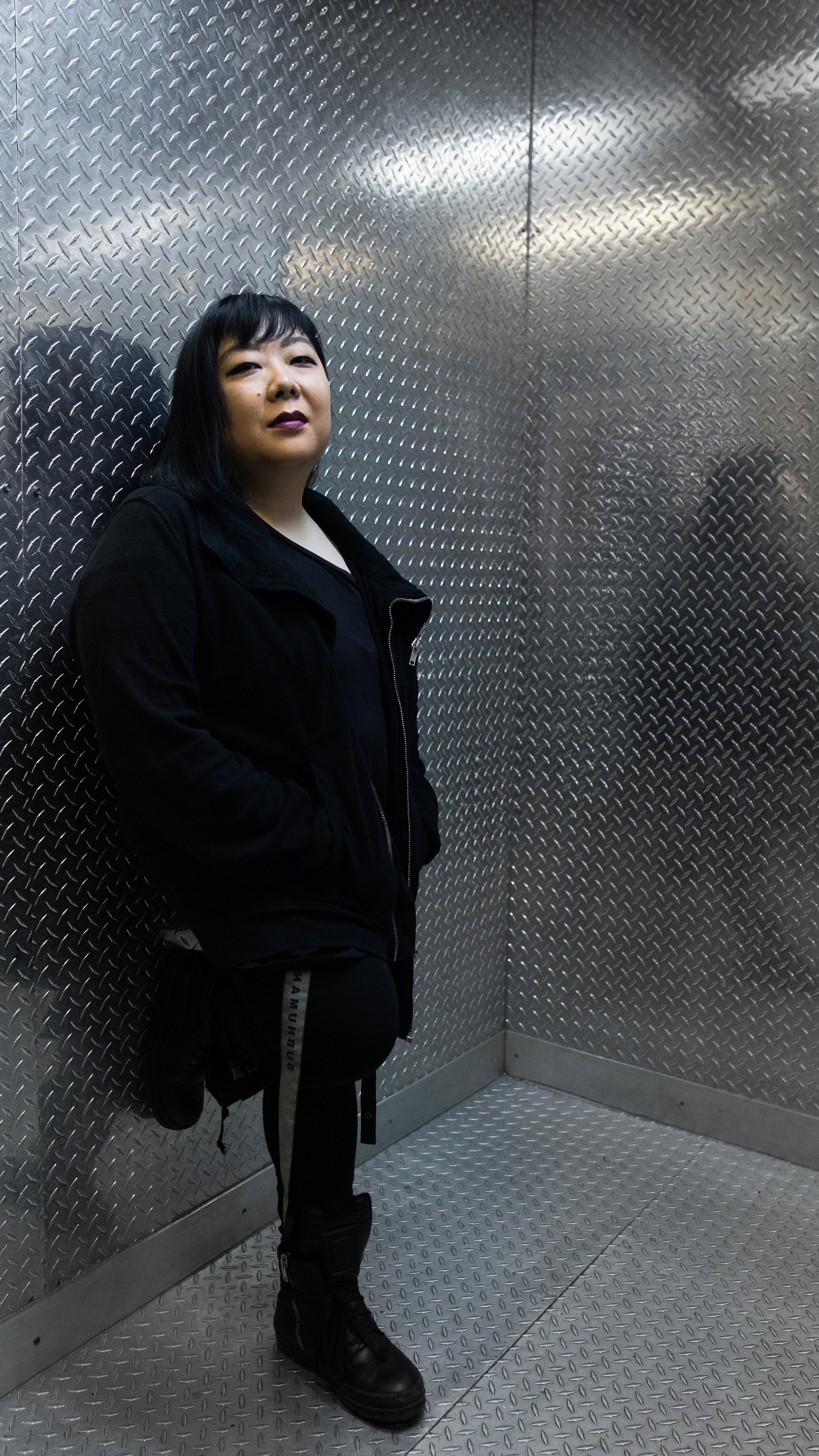 I use most DAWS (Ableton, Logic), but mainly to process and record gear and instruments, not too different from a four-track tape recorder. I’m terrible at “assembling” music, and really need to play things in. I rely heavily on Elektron gear as well as Maschine to sequence a variety of bleeps and bloops. I rely heavily on happy accidents, and honestly am pretty bad at using daws and a traditional manner.

It’s sort of a plug in, but Elektron Overbridge allows me to record much of my gear with minimal latency and audio separation. As far as instrument plug ins, I use Native Instruments Massive and Reactor regularly. They are super sensible in layout, provide great visual feedback, and made modeling sounds a breeze.

I usually bring all my music with me to every set. I’d say if I’m on support for an act, I’d be sure to do a bit of research to what type of music they’ve been playing lately, so that the evening has the right curve to it. When I’m touring, I try to research who the local artists are, and give a few nods to the town in the set, and I always try to highlight songs from friends of mine, especially ones I had some involvement with. I really like the feeling of kinda having your friends with you when you’re on the road.

I forgot all those things all the time, but I guess I would like to have with me, some kind of gaming device, a musical sketch app of sorts (when inspiration hits), my favorite sunglasses, and a pair of shoes that makes me feel good. I was lying about forgetting my phone, I am glued to it 24/7. Smart phones are really the coolest fucking thing.

If you were stranded on a desert island, what album/record would you have with you?

I think I listen to Slowdive Souvlaki and The Star Wars soundtrack daily, so I would fall apart without them both.

I fucking hype for the Dark Crystal series on Netflix. The trailer alone made me tear up. The puppets, cg and music come together in a way I haven’t seen in years. I hope it delivers. Every aesthetic is mind blowing from what I can tell. I’m sure I’m setting myself up for disappointment, but I don’t care I’m so excited.

Honestly, I’d do any job I’m physically capable of, if given a chance. My last job I used to review and write about video games and anime, so if music stopped working out, I’d likely head that direction again. 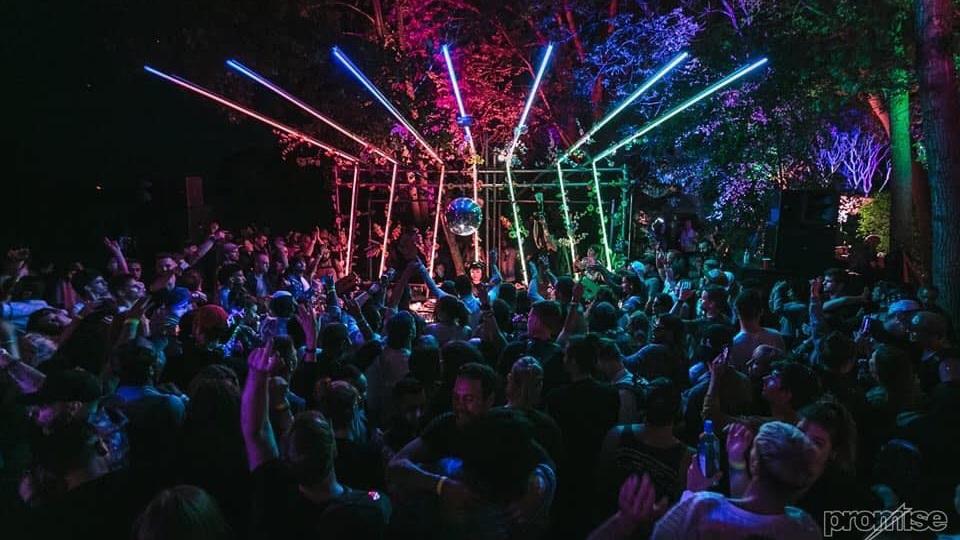 I’m currently a resident at Spybar and Soundbar, which happen to be across the street from each other. Both venues have incredible sound (Dolby Atmos & Traktion Audio) and dj booths, as well as some of the most amazing staff I’ve ever worked with. Spybar is absolutely at the cutting edge of the type of music that I’m into, and Soundbar is a venue where you’re able to expose crowds to things that they don’t hear often. It’s a real honor to be able to hang up my hat at both places, especially after I couldn’t get a gig anywhere else for a long time.

High-Five ramen. I’ve eaten ramen around the world, and I can confidently say that High-Five is one of the best bowls I’ve ever had the pleasure to enjoy. It’s a true piece of art, with a lot of thought and care in every bite.

I’ve gotten a chance to play B2B with one of my favorite DJs, Seth Troxler a couple of times, and that has always been a treat. The last show we did together in Chicago was a start to finish, and I learned a lot about music from him that night. 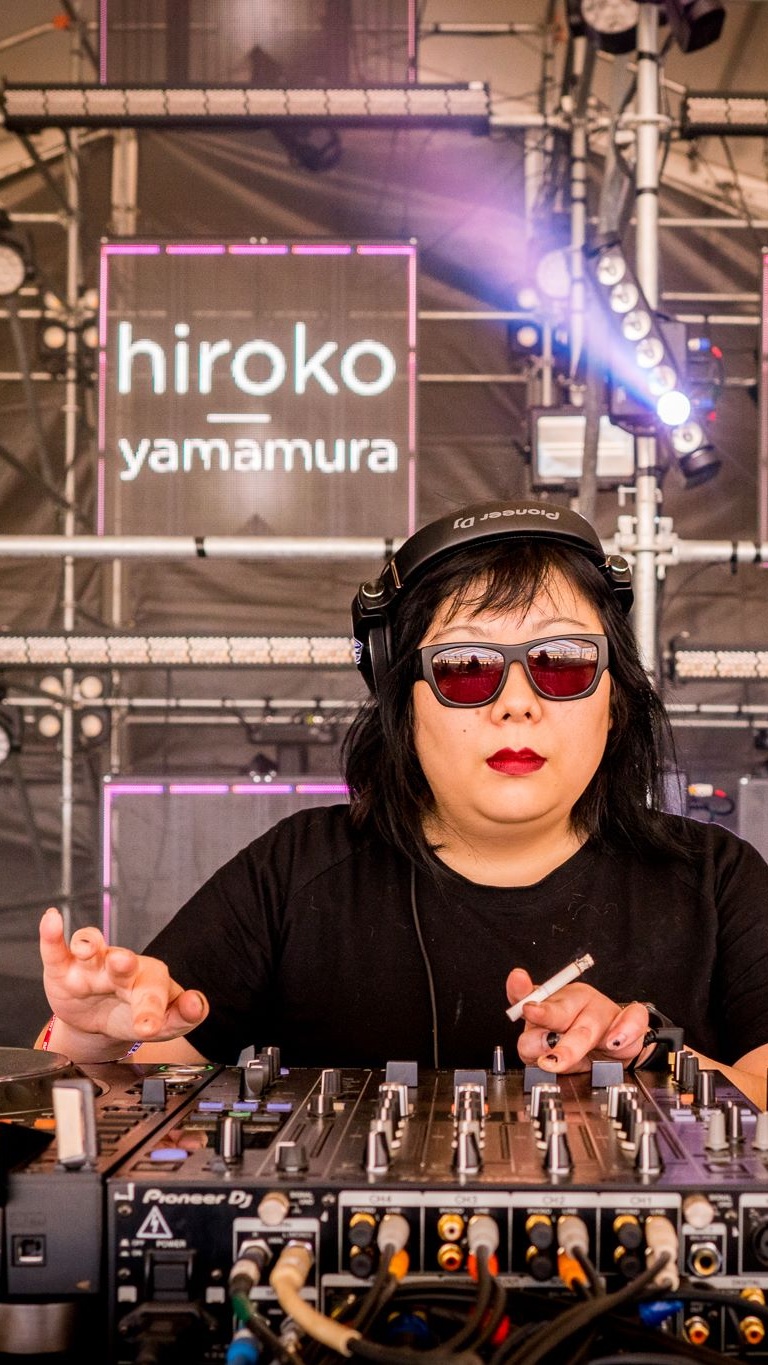 I’ve got a few collaborations and remixes on the horizon with some artists ive been a fan of for years. I’d hate to mention the things that aren’t immediate, but there’s some cool fun stuff en route. Coming up soon is a remix EP from Submerge and myself of tracks we dropped last year. So flabbergasted to have Denise Rabe, Oliver Rosemann, Truncate and Black Asteroid on that one. I also have a remix Eric Elvambuena and I did, of one of my favorite bands, Ladytron forthcoming on !K7 records. Soon after you’ll hopefully see a new remix of some amazing Chicago guys, Mia Wallace. Lastly I’m finishing up a new track with one of my idols, Marc Houle.

Every day is an opportunity to make new choices.

Fucking be nice to each other, help each other as humans. The general rules of society, acceptable conversation topics and Getting on a guest list and getting free drink tickets is super glamorous and you’re super high-life, but some people have to eat. Even if you’re some bad-ass industry celebrity in your world. Support the business that support you, or they are going to go away. Also, don’t ever eat at Furious Spoon.