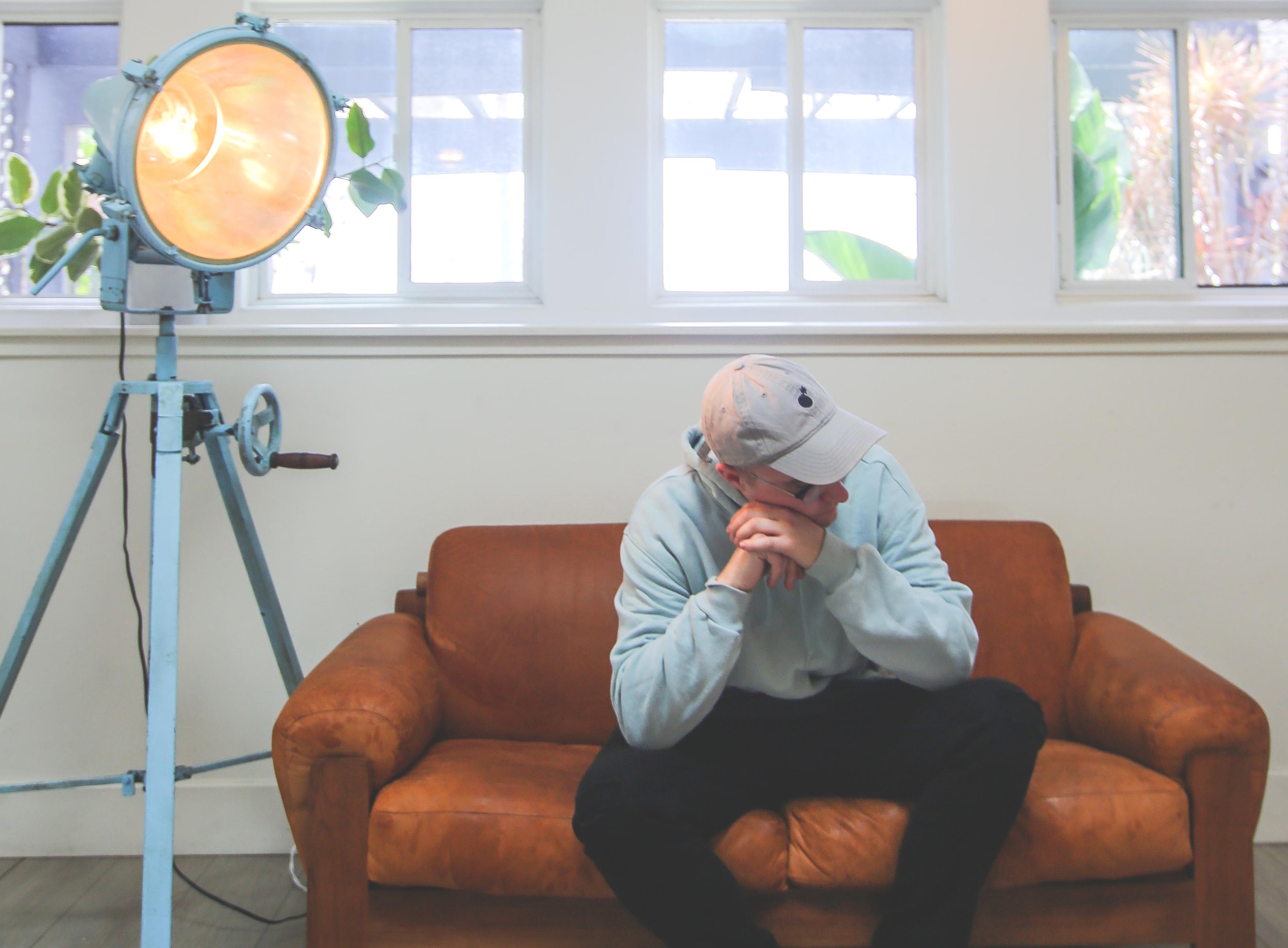 Hailing from Milwaukee, Wisconsin, Crystal Knives (Spencer Mutsch), the 22-year-old jazz drummer turned electronic producer and songwriter has quickly become one of the hottest up and coming artists in the midwest. His passion for melody and pop music illuminates through his production sound and style which has gained the attention of many listeners and industry watchdogs alike.

In terms of the music I am working on right now, I think ‘Future Pop’ is the best term I’ve heard somebody use to describe it. I like that because it kinda captures the spirit of both the forward thinking dance side of the production and the pop influenced writing on the songs and vocals.

I am currently working on a bunch of different covers and modernized versions of songs by the late Andrew Gold, a legacy artist and absolutely legendary songwriter. It’s been so cool to start working side by side with his family, publisher, and everybody else involved to take the work of a brilliant artist from another era and bring it into todays musical landscape. 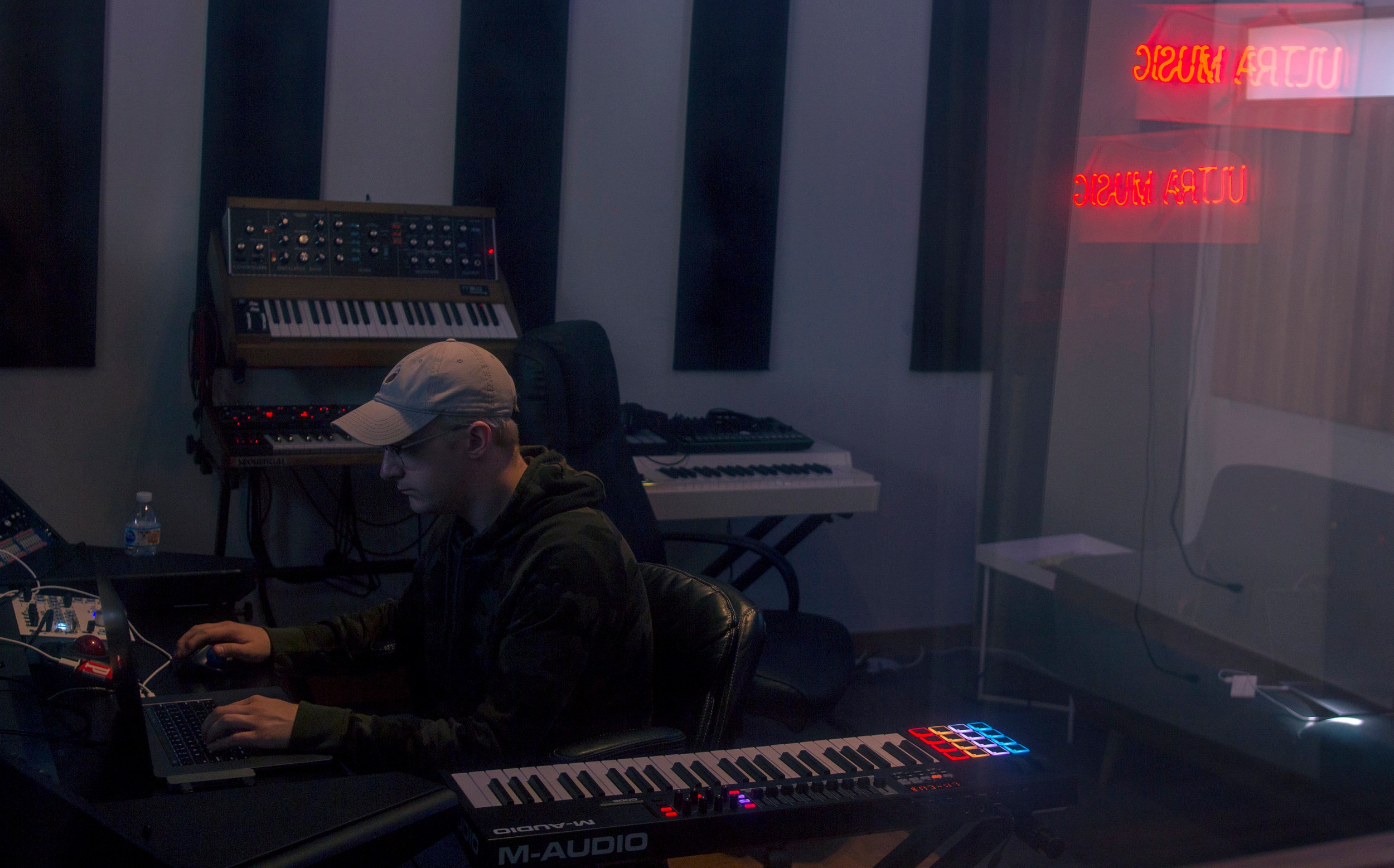 My biggest influence is by far The Glitch Mob, both in production and live performance. Also, I’ve been looking to a singer/ writer named Shy Martin a lot lately because the precision in her writing and delivery absolutely blows me away.

This is a hard one – there’s so many small moments that feel so big as they happen, but I’d have to say one of the proudest for me would be getting asked to play support for The Glitch Mob. They were the artists that inspired me to make music in the first place so that was a very cool moment. 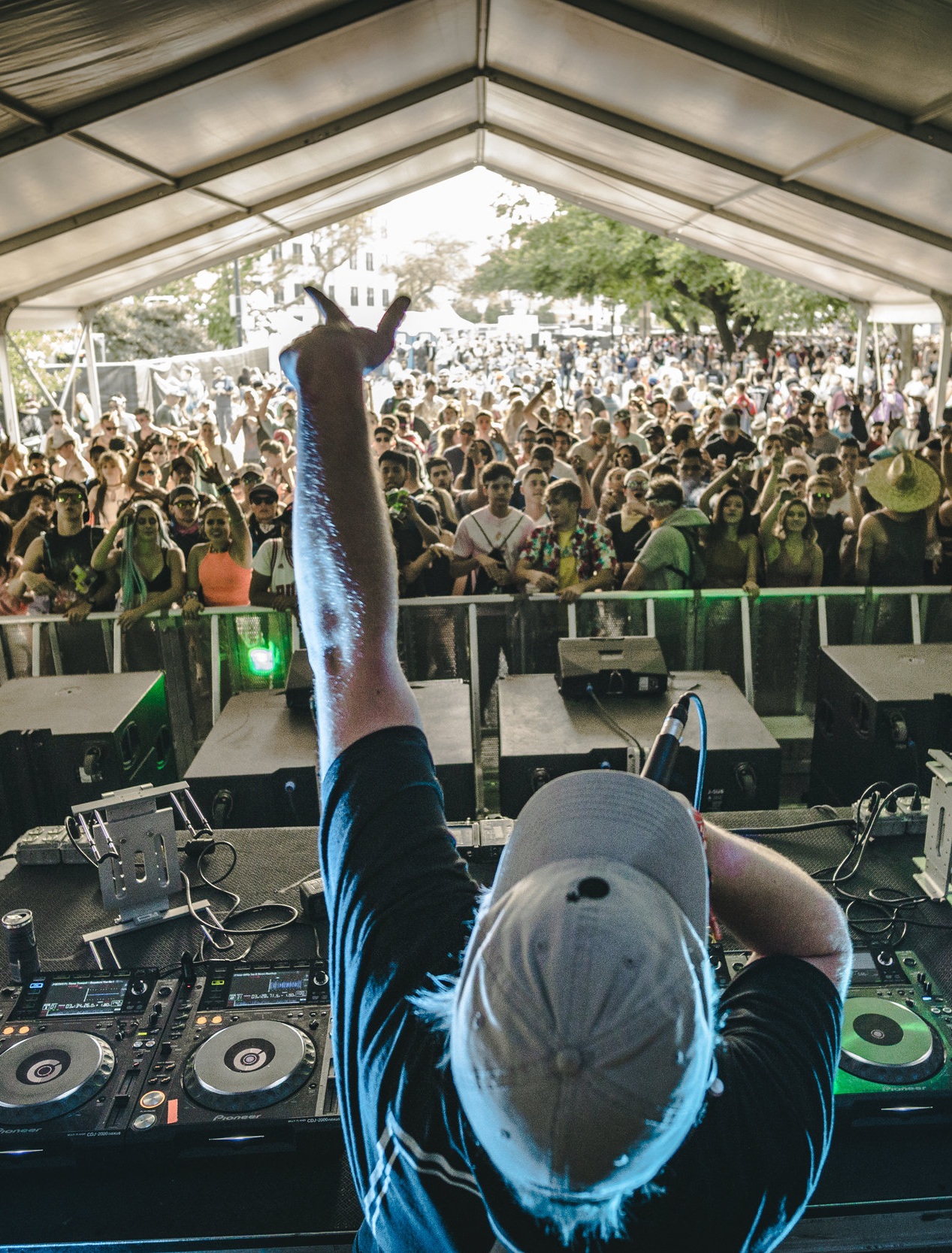 I mainly use FL Studio 20, but I’ll occasionally dip into Ableton too

My absolute go to lately for synths has been Analog Lab from Arturia – they have like 10 different vintage analog synths modeled extremely well, without having to actually go physically buy those synths. Otherwise for processing I use a lot of stuff from Fabfilter and Universal Audio

Almost every time I leave the house I actually bring a backpack with my laptop, my interface, my headphones and a copy of Dale Carnegie’s ‘How to Win Friends and Influence People.’

This is one I’m working on a lot right now actually – I started drinking matcha (a traditional whole leaf green tea) instead of Red Bull while I work, and I stopped drinking at my shows in July – not being hungover after a gig is pretty tight honestly.

I would probably go into creative advertising – I actually went to school for marketing and business for a couple years before dropping out to pursue music full time, and that side of it was always really interesting to me.

Spring Awakening 2017 – I played the Equinox stage right before Mija and the energy from the crowd was absolutely amazing despite the fact that they literally had a crew on scissor lifts modifying the backdrop of the stage so that it didn’t get blown over by the insane wind that day. 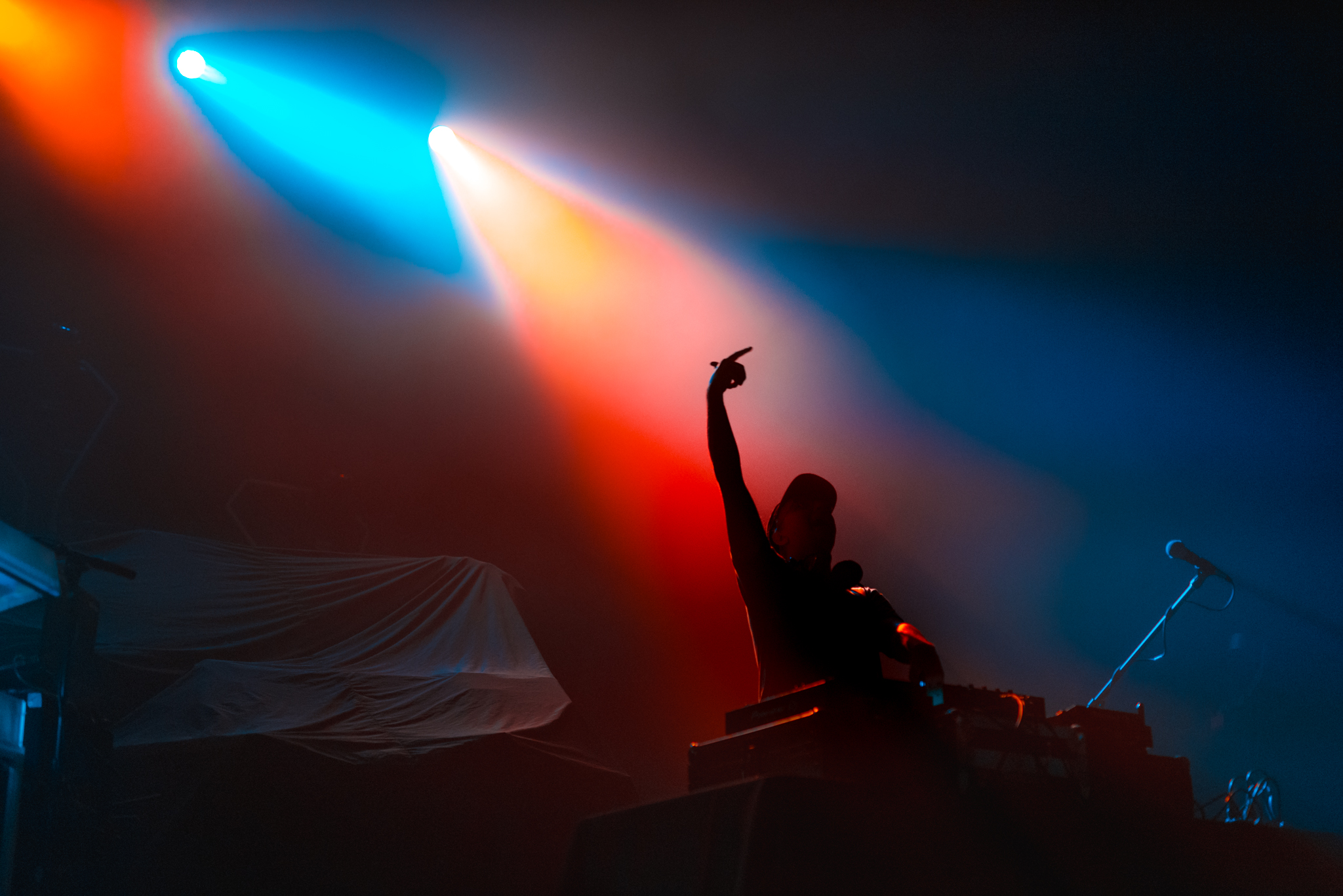 The best show I’ve seen in a long time was Haunting of Hill House – I’m huge into the horror genre, but honestly the character development in that show is really what sold me on it.

5 minutes into my set at Jawbreaker Festival I accidentally punched the mixer so hard that I had blood running down my hand for the entire rest of the set – but it was a Halloween festival so it kinda fit the vibe. 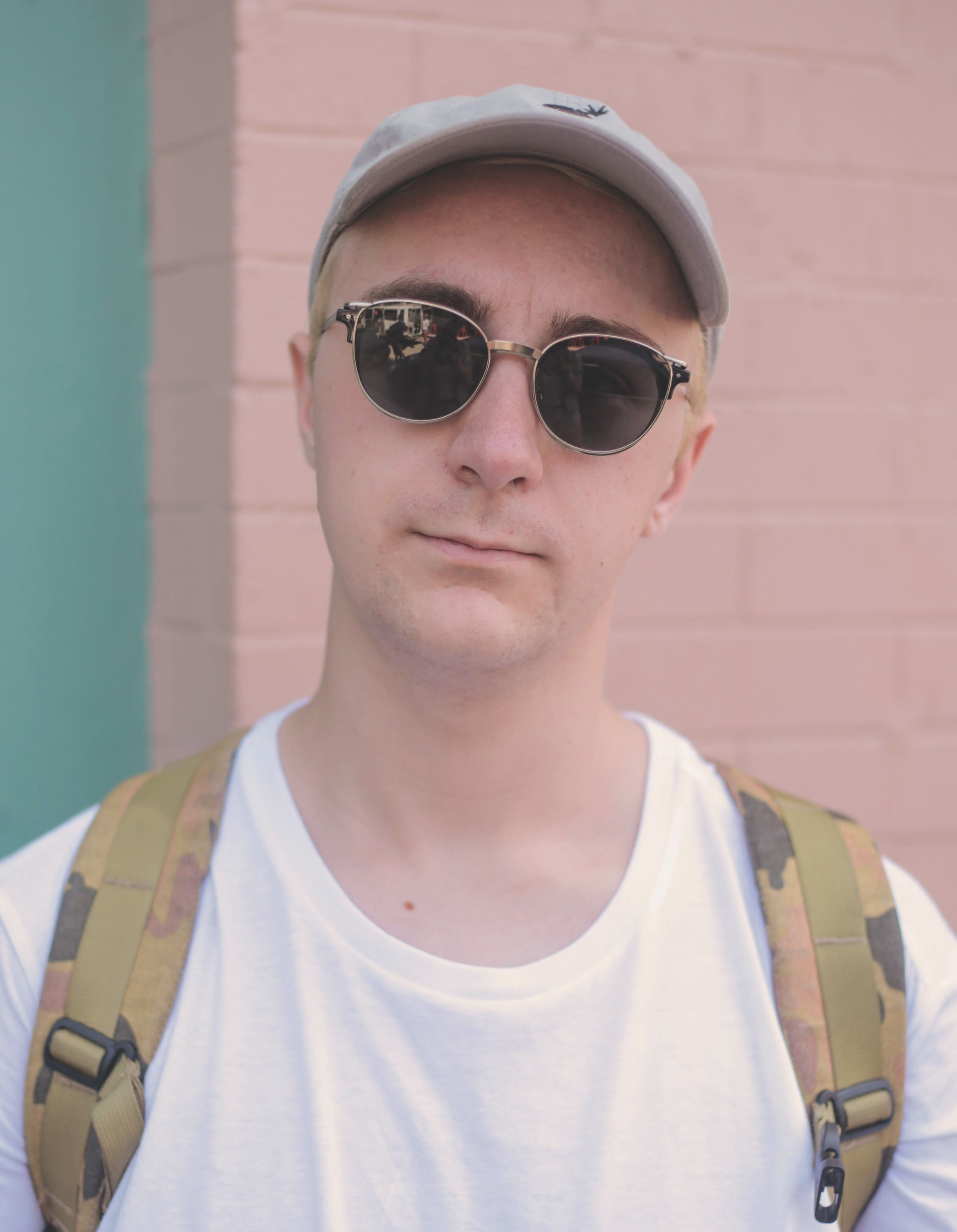 A lot of dance music now focuses really heavily on making the wildest sounds possible, and for the past year I’ve tried to remove that mentality and focus on the songwriting at the core of my music. I was a classically trained percussionist and jazz drummer for years before I made dance music, so those influences are always present when I am writing.

“Work until your idols become your peers.” This pushes me to try to operate all the time at the same high level that the people I look up to are and makes me constantly discipline myself to get there.

I’ve been a little quieter on releasing music for a lot of the past year, but just know there is a lot of music coming that I think is by far the best music I’ve ever written, with some of the most talented singers and artists I’ve ever had the opportunity to work with. I’m really excited for the next 6 months or so and the side of my music that I get to finally show the world.