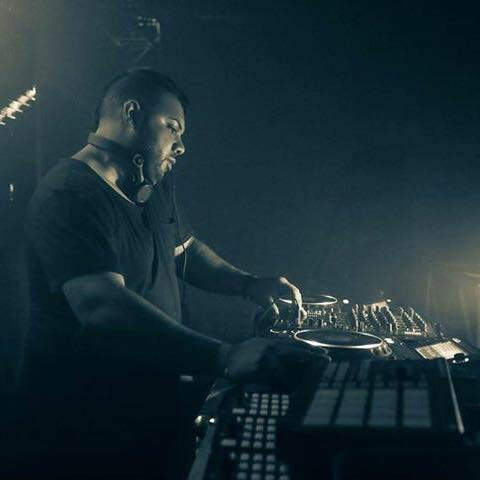 Rooted in the dark, spacey sounds of techno/minimal, Bucky takes audiences on tech-heavy ride suited for the after-midnight set. After hunting down music of his interest in run down warehouses, he was quickly influenced by the rave scene in the 90’s playing some of the most respected club events across the tri state area. In 2004, he took his role as a DJ one step further, landing gigs on the trans-Atlantic party circuits of Eastern Europe and beyond. Bucky has shared the stage with some of the most respected talent in the music industry among the likes of A list global talent and international djs like Carl Cox, Hawtin, Capriati, Art Department, Hot Natured, Eric Pyrdz, Tiesto, Armin Van Buuren, Sasha, Digweed, Anthony Pappa, Rabbit In The Moon, Seb Fontaine, Infinity Ink, Damian Lazarus, Sub-Ann, DJ Tennis, Derrick Carter, Green Velvet, Deep Dish, Paco Ocsuna and the list goes on. Give Bucky Fargo a follow and make sure to catch one of his sets.

I never really like putting myself into a corner like that. I’ve always been playing more dark serious focused music. I listen to my old mixes and they sound like an older version of what I am playing now. Before it was called Prog now its called Techno.

What was your music style timeline like, from when you first started playing for the people of Chicago and ‘till now

I was always into techno. It was the the early 90’s Belgium/Rotterdam stuff that I went nuts for that really made me say I want to do this. As I got into the rave scene my taste changed to the darker raw stuff. But when I started DJing I started off with trance. Not the stuff you hear today but more acidic, dark, synth driven stuff like Eve Records, Hook recordings, etc. No fluff at all. As time progressed so did I into the deep prog sound of the early 2000’s. I really haven’t changed too much since then.

How old were you when you started to mix and produce music?

Believe it or not, I have been listening to house since I was 8 and wanted to be a DJ at 11 years old. But my parents weren’t supportive so I had to wait much later at 19 to gather enough money to purchase DJ equipment. By 22 I was working on tracks.

Artist that inspired me in this order was Bad Boy Bill as a kid. Soon as I heard Hot Mix 13 (first techno mix I heard) I said to myself I want to do what he’s doing and nothing else. Times changed, music went into the hard house direction which I really didn’t like. In those mid 90’s days you couldn’t just look up underground music easily. I got a copy of a mix called Acid Revival with Hyperactive’s name on it. I was like holy shit! This is what I been missing. Took me a while but I found more mixes by him and I couldn’t stop listening to dude. Third would be Mike Dearborn that really pushed the envelope for me. The mixing and track selection was like no other. I kept listening to his “live in Oporto, Portugal” mix I got from Gramophones, amazing. I was a huge mix-tape collector online with others across the world., like I said….you couldn’t just walk into a store and buy these most of the time. When I finally bumped into Sasha and Digweed Essential mixes I was like this is it. That is my sound. Digweed and Anthony Pappa are the best transition mixing DJs to grace the decks. Hands down those two guys are next level with in key mixing, which I learned by ear. Not like now where people use Rekordbox and CDJ’s to do it for them. 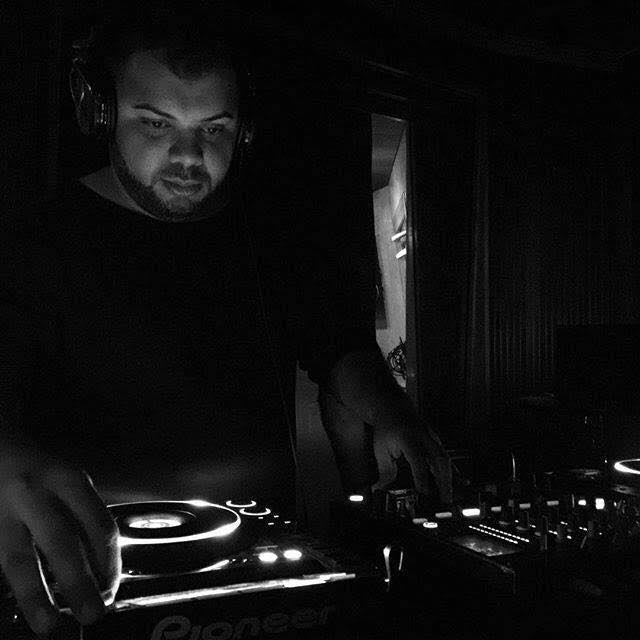 Your earlier releases, what did you use back then to make those tracks?

I became really good with Reason. I use to love using that software

What was the moment you wanted to take the leap in this lifestyle? (artist/event/set/song/etc..)

First moment was going to all ages parties at 11 at VFW halls and local Northside DJs after listening to Bad Boy Bill and Julian Jumpin Perez every weekend on B96. I was 1000% I don’t want to do anything else.

When and where was you first overseas set?

First overseas came pretty quick only 3.5 years after I started DJing I was already opening for guys like Digweed, Seb Fontaine, Nick Warren, Hawtin, Rabbit In The Moon, Deep Dish, etc. I was booked to play a slew of gigs in Hungary and Slovakia in 2003.

Can you tell us more about when you were featured on Q101.1 FM Chicago Radio Electric Playground Show every Saturday? How did it come about and how did u get involved?

It was Joey’s show who back in early 2000s also ran Sonic Boom on Q101. We became friends through the years. When Electric Playground started I was already on Dance Factory 92.7FM. It was well over a year before I agreed to make the move. It was just the right fit, made more sense with the format at 101.

Are you producing any of your own music right now?

Honestly these days not much. I wish I had time but with the wife and kids and real world stuff plus DJing and and events, I barely have time. I just recently cut the lease on my studio because it was just sitting there in the city untouched for months. I still enjoy popping in with friends and doing collabs or giving my two cents on arrangements and stuff. I’ve been making more time at home and planning on really getting to work.

What are you top three tracks right now? Why? 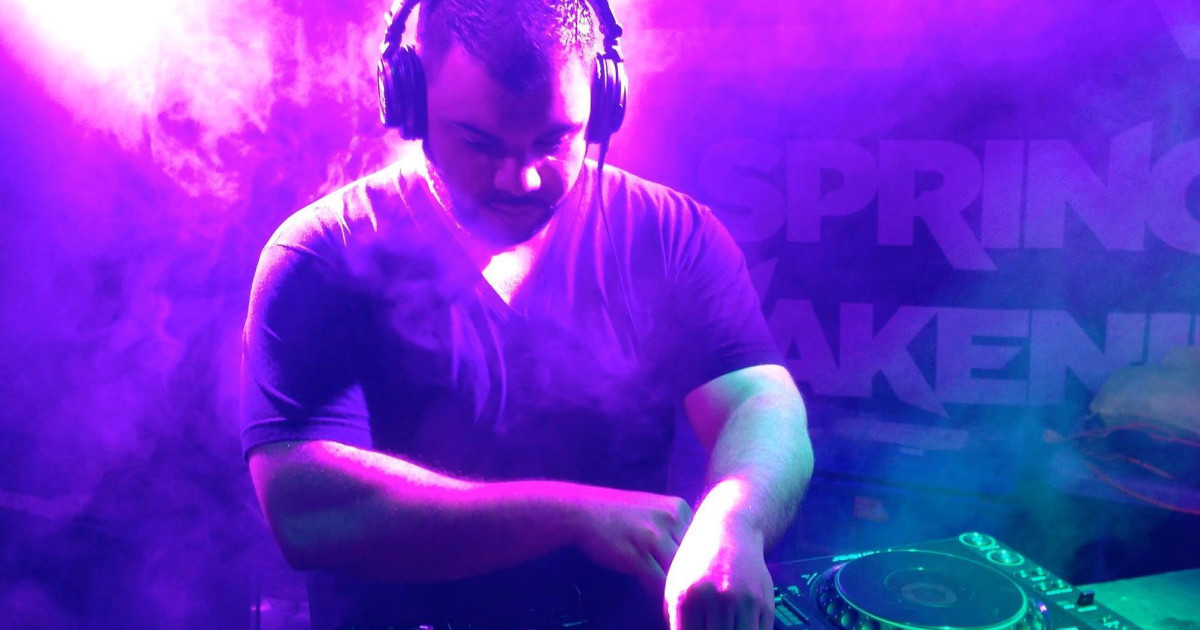 Ha, that’s a hard one. So many to choose from in Chicago! I’d say Noon O Kebab is one of them.

That’s a tough one. I have many warehouses I loved playing at but we can’t get into those. I really loved playing The Mid, it was always a blast.

If you were stranded on a desert island, what album/record would you have with you?

Ive been watching Euphoria on HBO and I highly recommend it. That show is so fucked up.

How was opening up for Nicole Moudaber at Prysm Nightclub? Your set was insane! Prysm was in need of a night like this.

I was in panic mode at first opening for Nicole at Prysm. I threw in my flash drives and nearly all said “please format USB” with all my new music on them! I found some emergency older ones in my side pocket of my dj bag that are about 4 months old thank god. That was the first techno night at Prysm. I know management was a little nervous regarding their regular crowd but it worked out wonderfully. This is the third time opening for her and I can say she is nothing short of first class. It was a blast.

What was your opinion on the underground scene when you first started mixing compared to how it is now?

It is very different. You could have got away with so much more back in the day. From loft parties with 150 people to massive’s pushing over 4000 people in a warehouse that has 4 rooms of DJs. You just had a bigger clientele. Everything was underground. Since the EDM bubble most music followers aren’t so gong ho. They go to festivals and few shows but that’s it. The current underground scene is getting stronger but it’s not what it was. It’s now 21 plus crowd of techno and tech house enthusiasts who sway back and forth and slam drinks. The music is getting much better at these present parties. It was bonkers back in the day, you had all genres under one roof.

Where did your after hours inspiration come from?

It kind of happened by error. After my family started getting bigger I really didn’t want to keep traveling as much. I threw a few parties at first which were more rave focused and I didn’t like where it was going. After trial and error we figured what we want to do. I have been in the scene for a loooong time. I’ve been to many afters and I seen what we can do differently to make it more enjoyable.

Do you have any events or future plans with Nightsweat that we should know about?

Yes, we have a lot coming up in fall and winter. I can’t really announce those as of yet but you will be pleased. We have Dax J @ Spybar 9/12. Don’t miss that one!

What is it about DJing, compared to, say, producing your own music, that makes it interesting for you?

The main challenge is that I’m a underground DJ at heart who also plays clubs. It’s a double edged sword. I always have to simmer it down and not go too dark at clubs. Depending on the underground event, I can drop the hammer and sometimes you can’t. You’d think you can do whatever you please a underground and afters but it doesn’t always work that way. The crowds are weird sometimes.

Probably opening for Digweed would be first. Followed by my first Smartbar gig. It’s pretty cool now but back in the day it was huge. Still appreciative to Brad Owen believing in me. Playing for Pure, that was a very exclusive thing. When I finally got booked by them I was like “OMG! I can retire now” haha. Those few years of touring Eastern Europe were amazing. Nearly forgot my first time getting to do a b96 Saturday guest mix. It’s one of my main inspirations. B96’s mix show back in the day was gigantic. When I finally got on I was shining.

Do you have any advice for Chicago artists that’s striving in the music industry?

Show up at events! Being home on a computer asking for gigs will never get you anywhere. DJs are a dime a dozen. Be on top of your shit. Don’t play the Beatport or Traxsource top 20 expecting to get on a bill with DJs that are doing the same thing but have years of live experience under their belt. Dig for music, support your local events, support promoters and Dj’s that are like minded. Not going to an event but asking for a booking is just not cool. I used to be out every night networking with a garbage bag full of mix CD’s to pass out at every club. When I finally got a chance to play even if my name was on the bottom where you need a magnifying glass, I’d be out every night flying cars, and waiting outside clubs. It’s not the same world anymore but man, promote whatever you’re on. You’re not just a DJ if you plan on playing events. Don’t listen to that bullshit. For god sakes headliners even promote, who are you not to? I see this time and time again. You need to do all of this if you want to get in locally. You can also produce one track get on a big label and boom you’re all over the world lol. I’m talking about the local circuit.