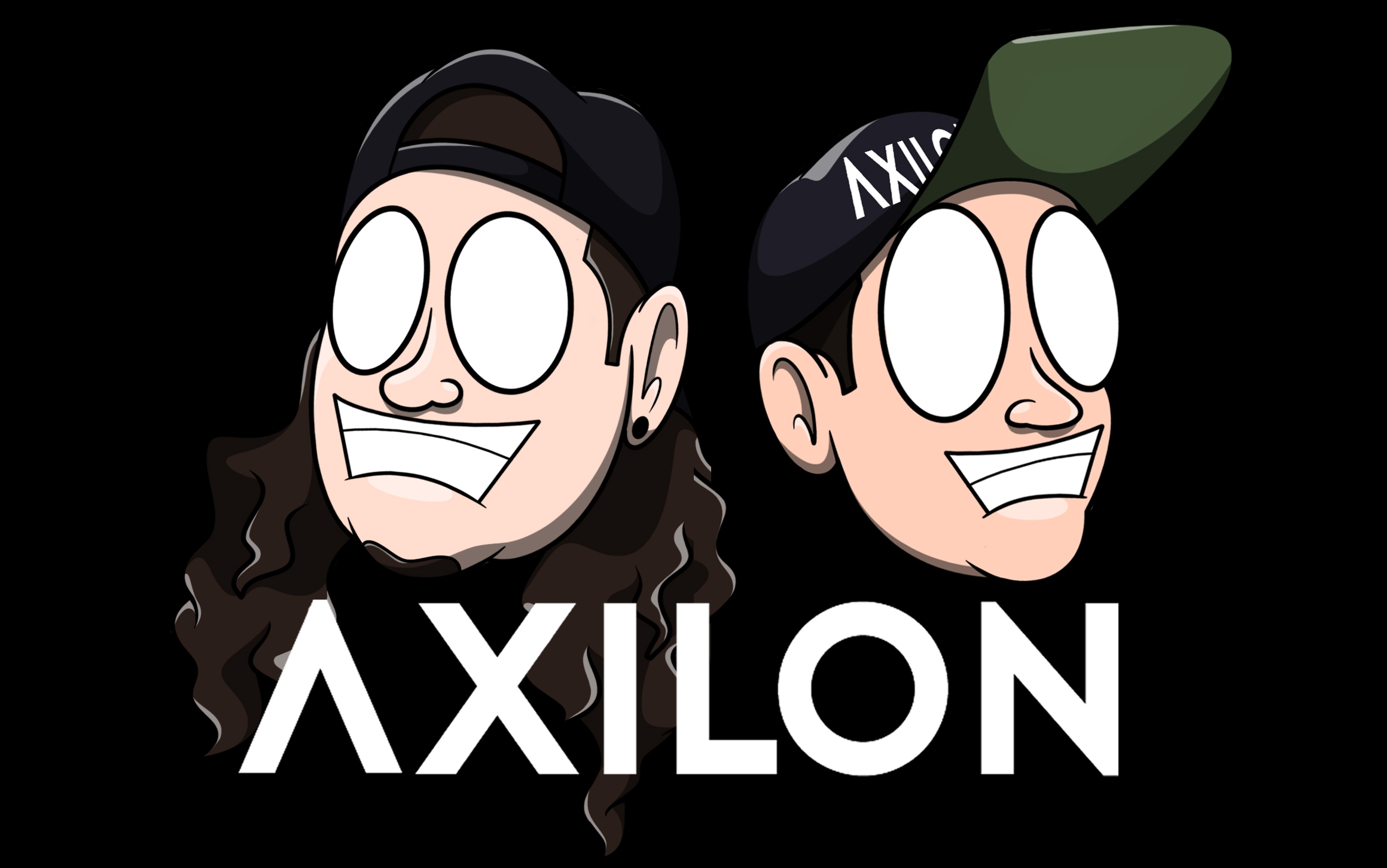 (This intreview is with both halves of Axilon)

Mike: Dubstep with a ton of throwback edits

M: We’re currently working on an EP featuring 2 very dope vocalists in the game. One track with Micah Martin & another with Rico Act. Also I’m super stoked about another tune that Tim recorded guitar on. We plan on adding a live aspect to our sets in the near future

T: We’re currently working on a track where I recorded myself playing guitar. We’re planning on incorporating live guitar into our sets soon.

M: DJ/Producer wise I get a lot of my influence from Slander, Wavedash, Kayzo, Sullivan King, PhaseOne, Space Laces, Getter, etc. When I’m not working on music I listen to alot of Metal/Punk/Alternative such as Falling in Reverse, Blink-182, Escape The Fate, Story of the Year, Fall Out Boy, 30 Seconds to Mars, Bullet for my Valentine, Slipknot, & Sum 41.

T: As far as other DJ / producers I’ve been into Mastadon, Hekler, Peekaboo, L-1788, Sullivan King, Space Laces, PhaseOne, Wavedash and Virtual Riot are the first few that come to mind. When I’m not producing, find music to make edits for our sets or at dubstep shows I mostly listen to bands such as Killswitch Engage, Slayer, Lamb of God, Children of Bodom, The Black Dahlia Murder, As Blood Runs Black, Parkway Drive, Municipal Waste, Hatebreed, Machine Head and All That Remains.

M: I’ll have to reference what Tim said. We recently signed a track with Meela to a Compilation album by KJ Sawka’s Impossible Records and Warpaint Records. We got to premier it live this year at Spring Awakening which was amazing. 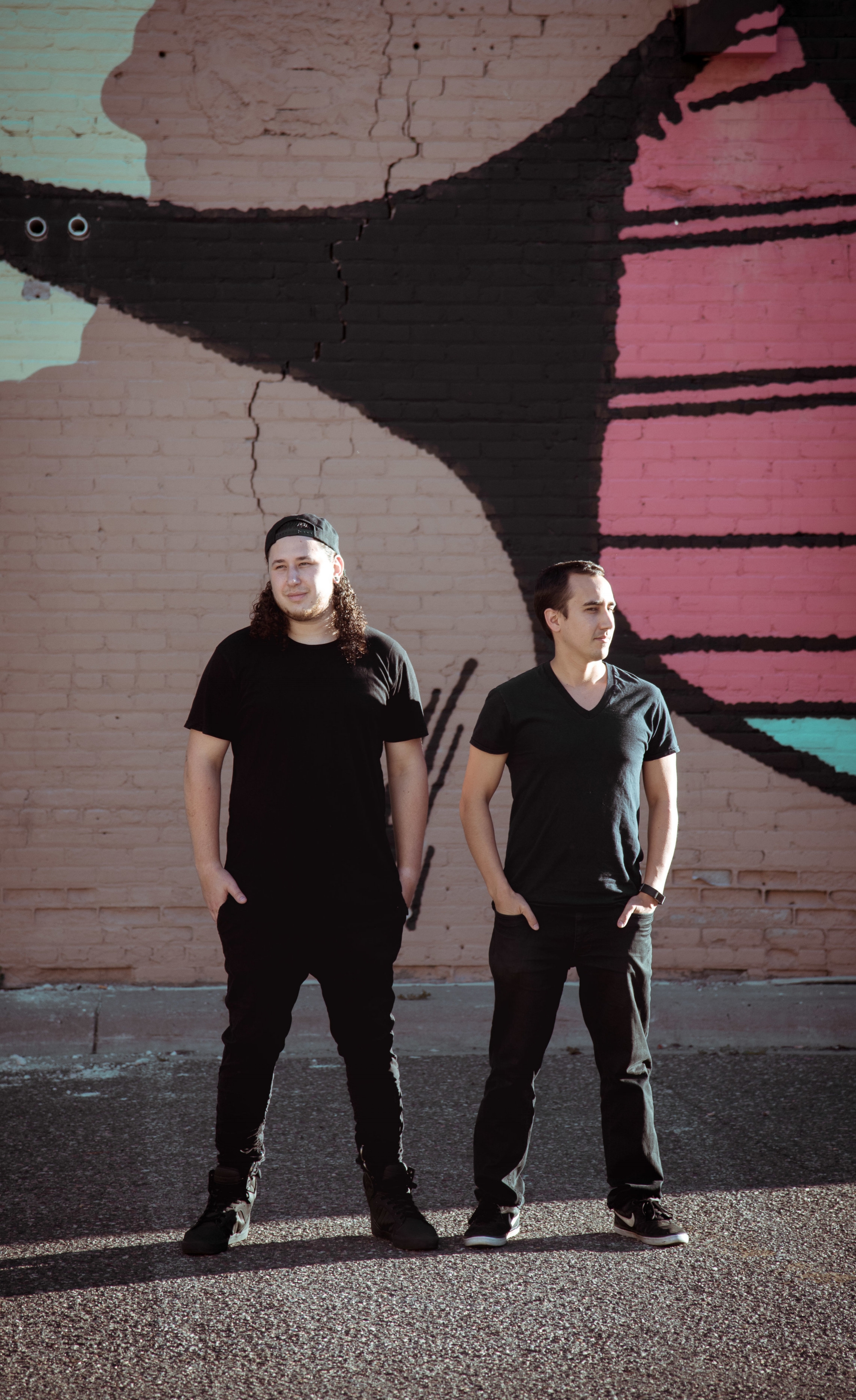 Mike & Tim: We both use Ableton

M: Currently we use Serum for most if not all of our sound design as well as Waves, Fab Filter, Ozone 8, ValhallaRoom.

T: Aspire Breeze 2 and my dog.

M: I don’t really workout at all but I try to stick to a gluten free & dairy free diet when I can.

T: I just keep partying 24/7 to avoid any hangovers or feeling of coming down. All joking side, I try to eat a dairy and gluten free low carb diet and hit the gym a few days per week focusing on heavy compound movements such as deadlifts, bench press and squats. I also do intermittent fasting every day as well.

M: Hmm this is a tough one but i’d have to say something that involves saving animals such as a rescue home & give them a little TLC & finding them a forever home.

I’ve had plenty of jobs besides music. I’ve worked minimum wage cashier jobs at McDonalds and Target. My last full-time job was working at for a Fortune 500 company in the headquarters in their marketing department. I recently attended a full-stack web development coding bootcamp and am looking for a junior web developer role.

M: Definitely Spring Awakening 2017. Without a doubt the biggest crowd we have ever played for.

T: That’s tough to answer but I”d have to say Spring Awakening 2017.

M: Only show I am really into & can binge watch is Shameless. Other than that I don’t watch much TV. I am more into Horror movies.

T: I mostly watch a lot of comedy series such as Rick and Morty, Bojack horseman, The League and Eastbound & Down.

M: We plan on adding live elements to our sets such as Guitar, Drums & Vocals. As well as incorporating them into our original tracks. Like Tim said we would like to write music with meaningful lyrics based on things we have experienced in our lives.

T: I wear black shirts, perform DJ sets on cdjs, yell “3 2 1” on the microphone before the drop and occasionally drink alcohol and take pulls of my vape while DJing. That makes us incredibly unique. Something that we plan on doing in 2019 is to release more music and add more live elements to our sets such as guitar, vocals and drums. Once we have that down then I really want to write music with meaningful lyrics based on my life that I hope helps other people going through similar experiences. 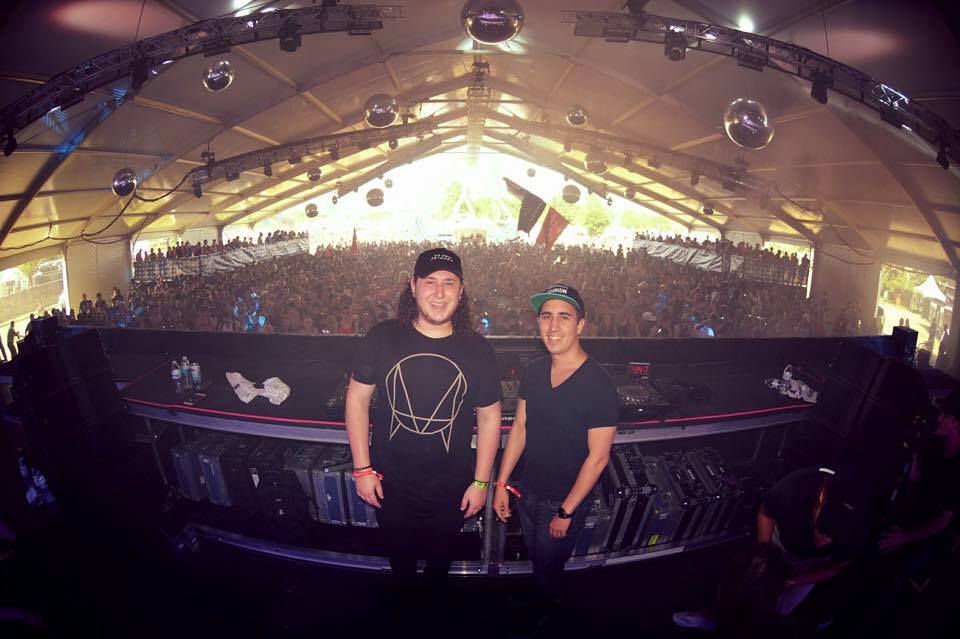 M: I don’t really have a quote or phrase that i live by but if i die tomorrow i guess it was my time to go. Live life to the fullest. Don’t surround yourself with negative people. Live a life that you can be proud of.

T: It’s not really a quote or a phrase but something that has shaped what I live by. I’ve had close friends pass away at a young age. When these tragedies occur it obviously fucks me up and it is incredibly sad at first. After time goes by it reminds me to live my life for myself. Who truly knows what will happen tomorrow? Mike, Amanda and I were in an Uber together after a show when we opened up for Figure, Midnight T, Space Laces and Hi I’m Ghost at 2720 Cherokee in St Louis. On the highway there was a car doing 70+ mph in the opposite direction. Their car flew right by us in the next lane over. If our Uber was only a few inches into their line then we might not be responding to this interview right now.

Life is very short. You need to live it for myself based on the values that you find it are true to yourself. Ignore anyone in your family or friends that looks down at you when you tell them your dreams and goals. If you want to be happy, start by removing the negative people in your life and focus on the things that are meaningful to you.

M: Although i have only been in the scene for about 4 years. I have learned a lot about Djing & Producing in a short amount of time. Like Tim said If anyone is interested in becoming a DJ, producer or promoter feel free to reach out to us through social media or just e-mail us at AxilonMusic@gmail.com. & make sure to be on the lookout for our new originals 😉

T: I’ve been throwing shows and DJing for over 7 years. I’ve learned a lot of stuff being involved in the bass music scene as both a performer and a promoter in that timeframe. If anyone is interested in becoming a DJ, producer or promoter feel free to reach out to us through social media or just e-mail us at AxilonMusic@gmail.com.

Follow Axilon below to stay up to date on all their endeavors coming up!