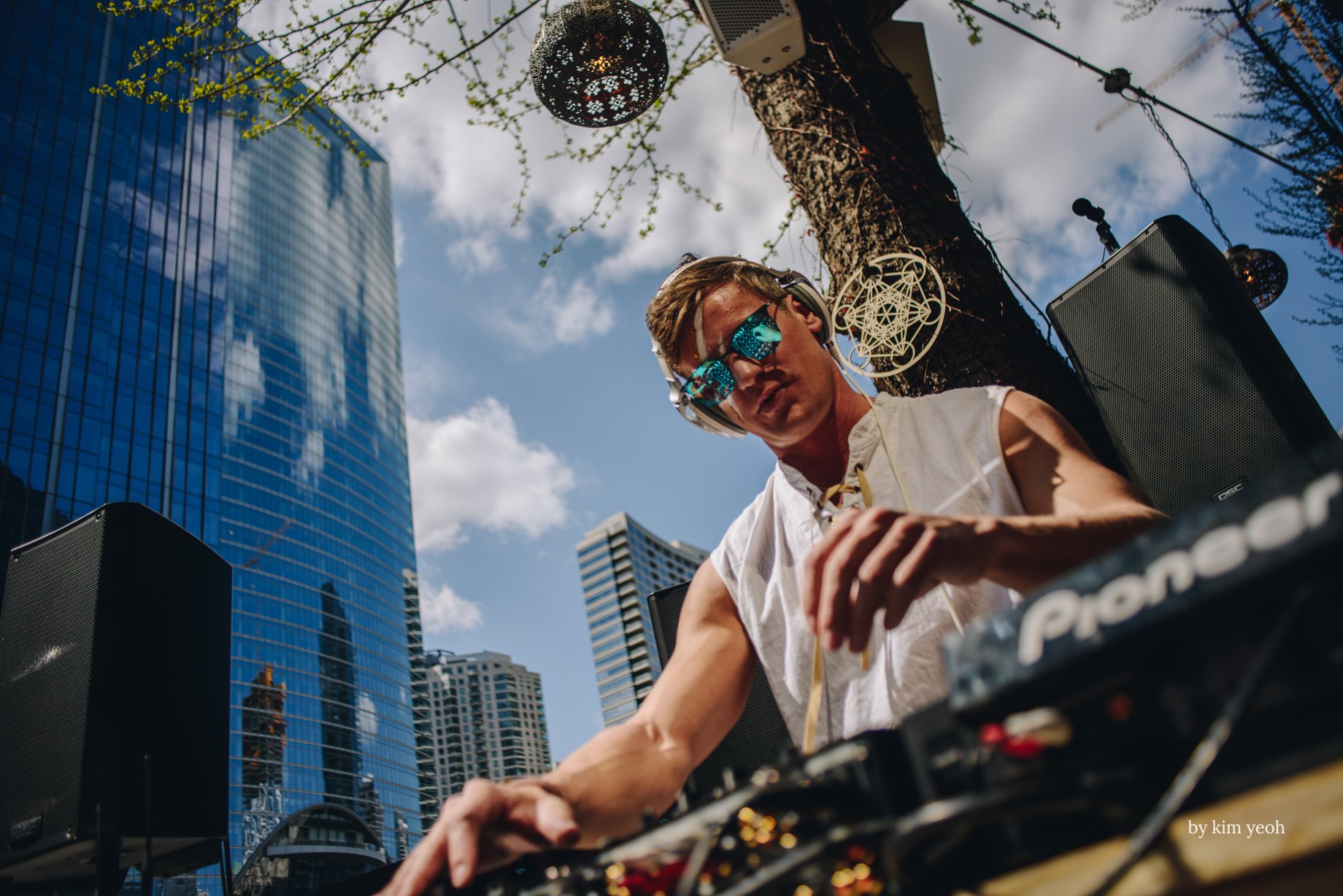 Born and raised in the Czech Republic. Adam Rostek had different plans for himself. He moved to the states and eventually found himself in Chicago, “The City of House Music”. Rostek developed his true passion for music and discovered his individual sound. From just a few years of making an imprint on this city, his style and atmosphere was well needed in the music industry that bookings became effortless. You can catch him spinning at events and after-hours all over. Adam has a very impressive record of bookings at respected venues such as The Mid, Spybar, Celeste, Estate, and Beatnik with illustrious artists such as Claptone, Maceo Plex, and many Chicago locals. Along the way, he met a community of people that have the same desires. As friends turned into family, Adam found himself a place he can call home.

“I’ve grown up so much in the music world and I’d like to thank this city. I really like the idea of enriching the scene so closely knit within the local culture. This is home now and while I understand that I certainly have some shoes to fill, I hope to be a part of its future.” – Adam Rostek

The sound I am truly passionate is desert tech-house, though I don’t quite get to play it as much as I would like to. Otherwise, I try to keep the range of what I can DJ as broad as possible, from deep/melodic house all the way to peak-hour techno. It allows me to conform to the language of the night as a whole, no matter the setting.

This is two-fold, really. There are the pioneers of the music live performance within the scene like James Zabiela or Richie Hawtin; their dedication to exploration of new technologies and craft is inspirational to say the least, and watching them work takes my breath away. Then, there are the production specialists like Kastis Torrau or Luigi Rocca. The consistency of quality sound coming out of these gentlemen’s studios is incredible. 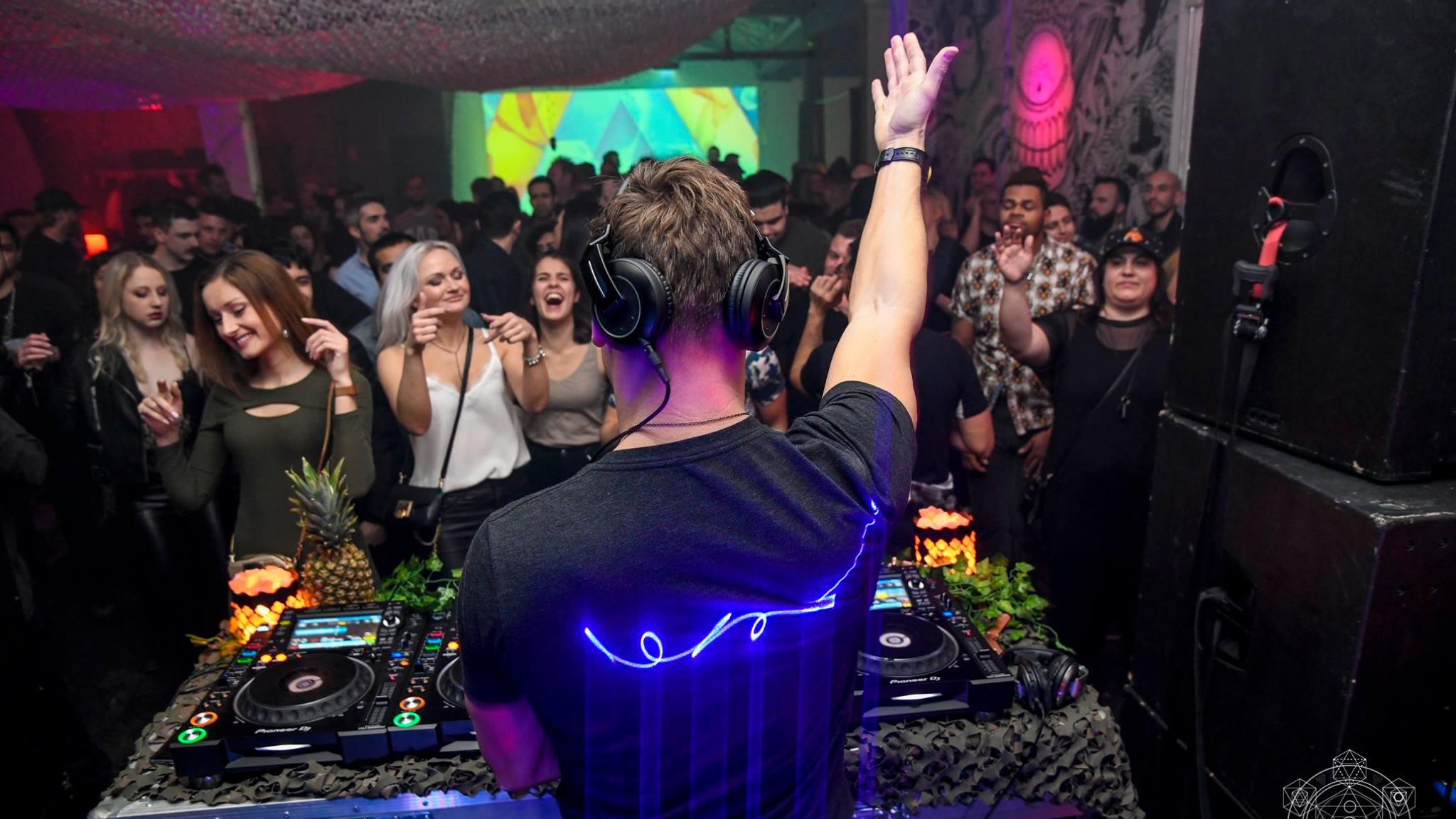 What was the moment you wanted to take the leap in this lifestyle? (artist/event/set/song/etc..)

I was 17 and it was the summer before I came to the US. There was an underground open-air event out in the middle of nowhere, by a lake. It was my first time seeing what a true show looks like; I fell in love, and got my first set of turntables a few months later.

What is your proudest moment so far? (blogged/signed/etc.)

At 27, I have decided to take a completely different direction and pursue architectural studies. My life as I knew it has completely changed- it was really scary. I wouldn’t change it for the world. 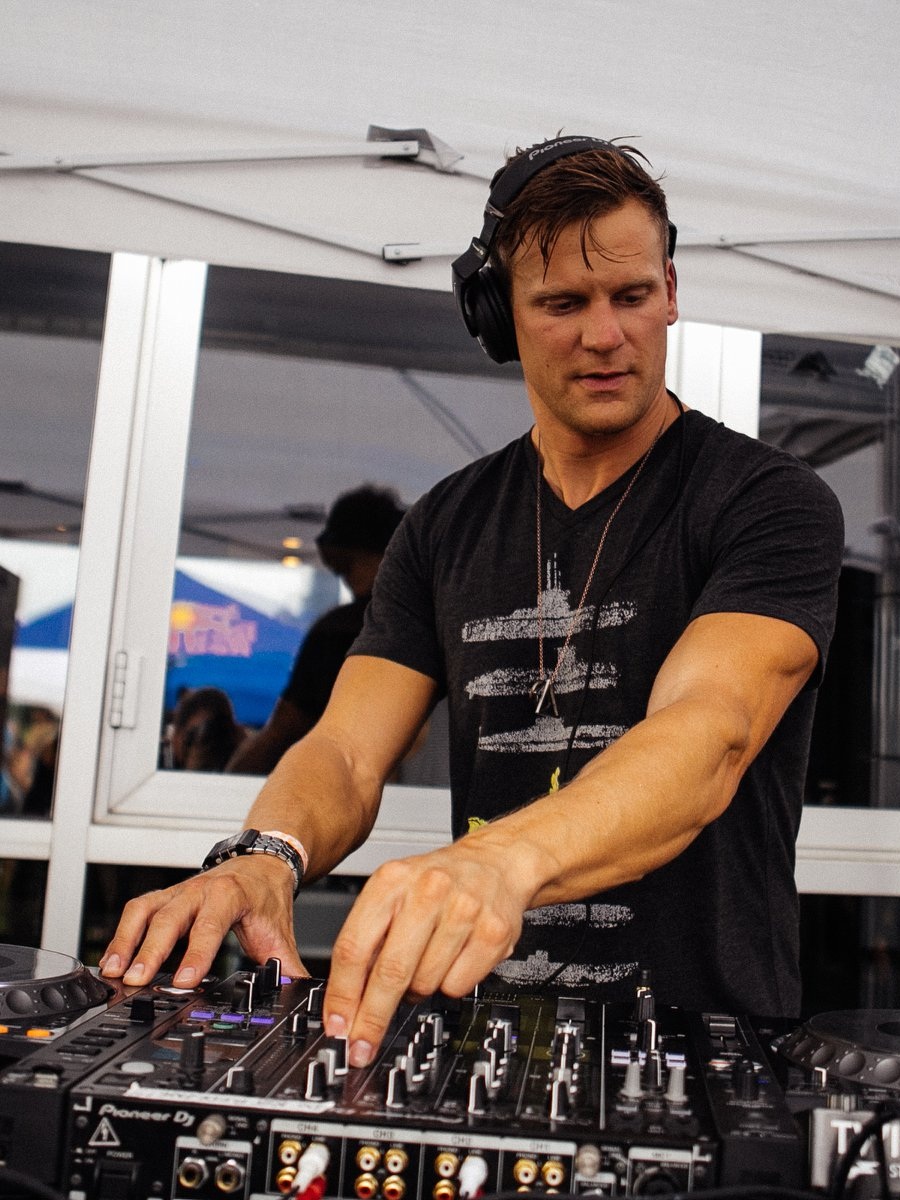 I hope I bring certain energy to the environment around me. While I can definitely feel it while behind the DJ booth, I also hope that applies elsewhere in life.

What are currently your main challenges as an artist?

I think the underground scene is currently taking a bit of a commercial turn, but only time will tell where that will lead.

Nowadays, it’s mostly based on experience. Whether it’s the lineup, the venue, the time of day/night, or the direction I feel I would like to take the show, it all leads to the preparation of a hefty crate for the evening; having plenty of ammunition creates a sense of comfort. When it comes down to it, though, it is always about the connection with the crowd. That drives everything, and keeps it all very much “in the moment”. Preparation usually gets largely left behind.

You work with a company called Rituals that is ran by a fantastic team. Tell us about the company since you’ve been on board.

“Fantastic” doesn’t even begin to cover it. I am truly blessed to be involved in such alluring movement, with people so passionate about it. I am constantly surrounded by beautiful souls, and under the leadership of Rami- the company principal, I believe we have created a model that allows for significant expansion without losing the spirit of a small-scale operation. We stand behind what we do, and people’s hearts are getting sublimated through their ears.

You’re headlining Deep Down Under’s last boat party of the summer with Rituals, what are you excited to show the people of Chicago?

For the past five weeks, I’ve been traveling extensively through Europe. I’ve come back recharged and fueled by the culture I’ve been able to absorb, and I hope that resonates with the audience out on the lake. In music scene language, I’m bringing fire, hehe.

After tonight’s boat party, you and the team are hosting an after hours. Tell us what a person should expect before walking into a Rituals event.

Rituals is really about creating an immersive environment -while driven by music- that is not all about music. There’s a really warm “family” feeling at our events, and tonight will be no different. 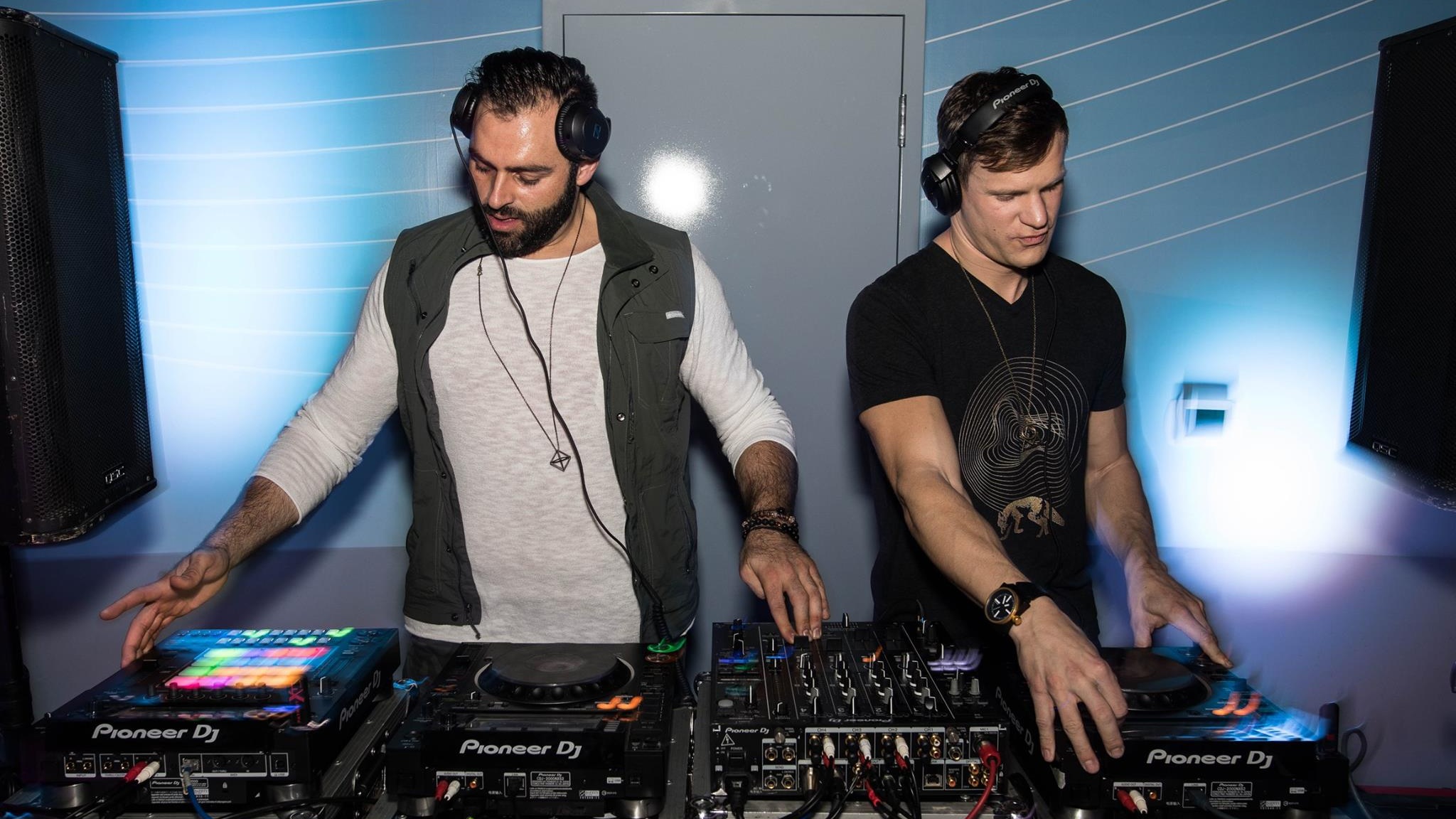 Dig Your Own Hole by Chemical Brothers. Survival without these guys would be meaningless.

Frankly, architecture is it…my passion for that field is unmatched.

“Faith Without Works is Dead”. I believe in the world, and through action, this simple principle keeps me closely connected to the people around me.

Recently I have started experimenting with sculpture, and it brought out something from within me-something I have not really felt before… 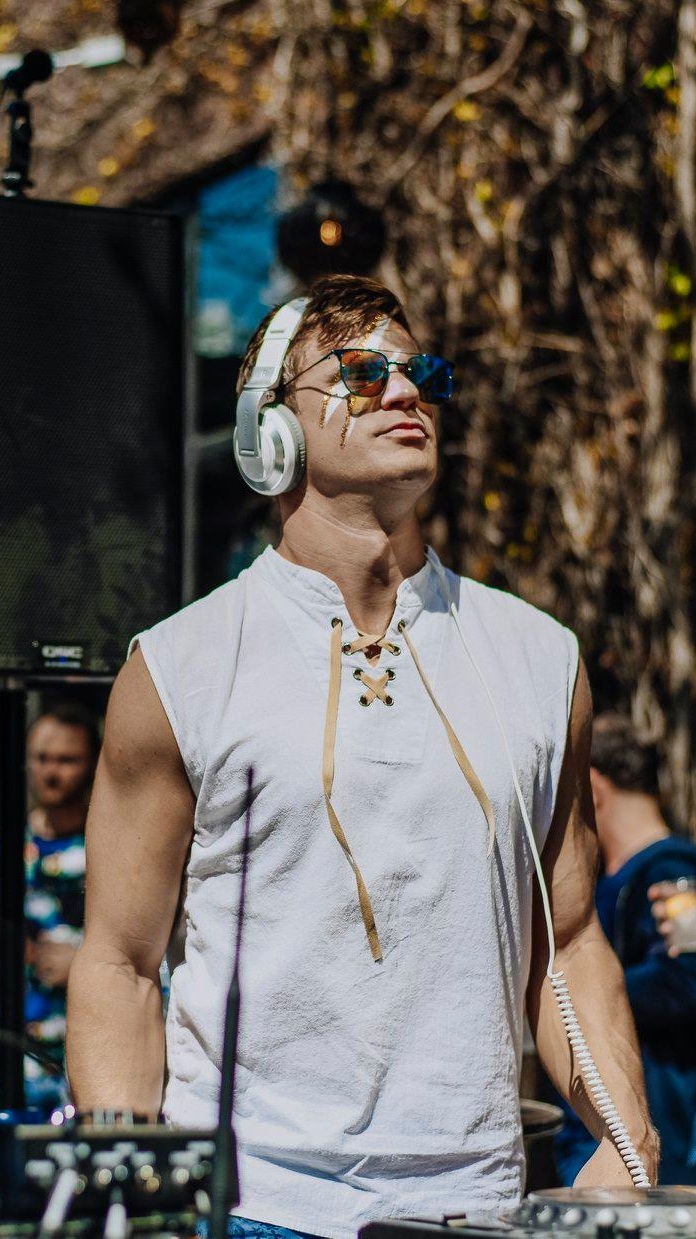 The Girl & the Goat in West Loop knocked my socks off.

Extended back-to-back opening set for Bedouin with my dear friend Dabura this past January was an unforgettable experience.

What’s your favorite venue venue to play at?

Every Spybar booking floors me- the history of the place and all the heroes of mine that have played there still make it a dream come true. Ohio Street beach, however, is right up there with it. There is something really special about the hands on the mixer, toes in the sand, Chicago skyline in the palm of the hand, and the sun in the face. It’s very harmonious.